“The Initiative to Empower the Polisario Separatist Regime" 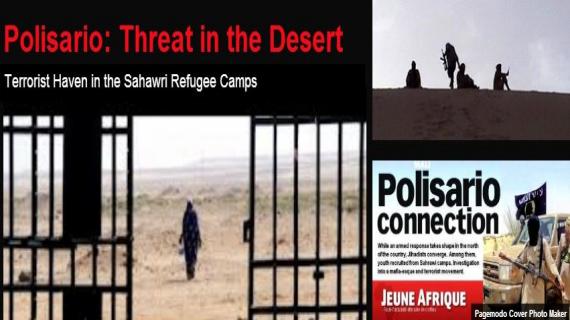 Once again, one can only question the intent of the United States and the United Nations as the issue of the Western Sahara is debated. Perhaps the problem is reference to the Polisario in terms of "leadership organization,” “protecting human rights,”  and the general, innocuous “support of the Western Sahara." Supporting world powers, Kerry Kennedy, and the RFKennedy Foundation, who are advocating the expansion of the MINURSO mandate may re-think their allegiance if we begin to reference this initiative by what effectively is:

“The Initiative to Empower the Polisario Separatist Regime, a Dictatorship Seeped in Communist Ideology with Proven Ties to AL-QAEDA IN THE ISLAMIC MAGHREB (AQIM), and Whose Leaders Have Been Proven to Inflict Grave Human Rights Violations Against Its People”

Doesn’t appear to be nearly as noble a cause when the veil is stripped away and the reality of the regime to which a position of trust is being offered is exposed for what it is, does it?  And now it becomes clear via this video that the cards are stacked by the UN “peacekeepers” and Morocco is expected to play with a marked deck.

I can’t speak for the Moroccan people, but if I had to guess – I’d say – Game Over.

Algeria, isolated more than ever among Arab and African states
23 November 2020