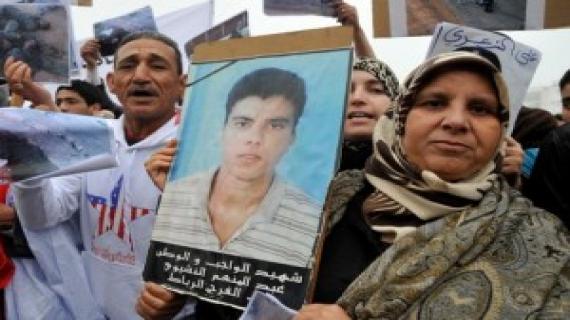 The leadership Council for Human Rights has been following closely the trial of the defendants involved in the dismantling of the Gdiem Izik protest camp set in November 2010 (Laayoun region, south of Morocco).

The President of the Leadership Council for Human Rights, Ms Kathryn Porter, welcomes the decision of Morocco to postpone the trial of the defendants involved in the protest at the request made by the defense lawyers to prepare their cases and call for witnesses.

This decision demonstrates, once again, the commitment of the Moroccan authorities to respect the rule of law and to preserve the dignity and freedom of all Moroccans following the political and democratic process initiated under the leadership of the King of Morocco.

It all began in November 2010 when, in a spirit of openness and freedom, the Moroccan government allowed a group of Sahraouis to set up a camp in the outskirts of Laayoun, in order to demand better housing and job opportunities. Local authorities even provided the protesters with water, food and basic needs and also guaranteed their safety and freedom of movement in and out of the protest camp.

While the Moroccan authorities were close to finding a compromise with the representatives of the protestors, polisario agents provocateurs launched an operation to derail the ongoing talks and create havoc and confusion to inflame the situation.

These extremist elements, armed by the polisario, started using force against the people assigned to keep the peace and security in the camps. They threw incendiary bottles “Molotov cocktail”, gas bottles and used knives and swords to kill unarmed security guards. The extreme savagery of the criminal gang had led some of them to even urinate on the bodies of their victims. 11 members of the unarmed security forces were savagely and violently killed and slaughtered, Al Qaeda way, and more than 74 wounded. All this was documented and can be seen on YouTube on the link bellow. Please be advised that some of the scenes could be disturbing to some viewers.

As a gesture of fairness, the Moroccan House of Representatives put in place a fact finding mission whose findings were later acknowledged by foreign governments, media, UN mission in Laayoun as well as HRW. They all confirmed that no Sahrawi was harmed in the dismantling of the protest camp. Unarmed security forces were, on the other hand subjected to killings, slaughters and insults by the gang that infiltrated the camp and whose members were trained Al Qaeda style.

The Leadership Council for Human Rights encourages human rights organizations to be objective and give full support and sympathy to the families of the unarmed security forces who were slaughtered in cold blood while doing their job to maintain the peace. Badr Dine Tourahi, 22 years of age, Abdelmounaim Nchioui (photo held by his mother above), Ait Alla and all the victims and their families’ suffering should not be forgotten!