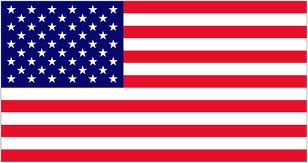 During the American Revolution, so many American ships used to call at the port of Tangiers that the Continental Congress sought recognition from the “Emperor” of Morocco to establish good relations between the two countries. This recognition was granted in 1777, making Morocco the first country to recognize the United States of America. Negotiations on a formal treaty to establish ties between the two countries began in 1783. The Moroccan-American Treaty of Friendship was signed in 1786. John Adams and Thomas Jefferson, both future U.S. Presidents were the signatories for the United States.

Renegotiated in 1836, the treaty is still in force, constituting the longest unbroken treaty in U.S. history. As testament to the special nature of the U.S.-Moroccan relationship, Tangier is home to the oldest U.S. diplomatic property in the world, and the only building on foreign soil that is listed in the U.S. National Register of Historic Places, the American Legation in Tangier (now a museum).

Ever since these early days, the U.S. and Morocco have shared a close and abiding relationship across the Atlantic Ocean. Our shared interests include the economic prosperity of both countries, the pursuit of a just and lasting peace in the Middle East, and the maintenance and promotion of regional security and cooperation, and sustainable development.

Over the past three decades, U.S.-Moroccan relations have been characterized by mutual respect and friendship. Ties between the two nations have been cultivated through visits by high-level official’s visits. This free exchange of ideas between U.S. and Moroccan leaders began in November 1957 when Sultan Mohamed V paid an official visit to the United States to meet with President Eisenhower. Less than two years later, then Vice-President Nixon travelled to Morocco where he too discussed improved bilateral cooperation between the two countries.

In 2004, the United States and Morocco signed a Free Trade Agreement, signaling the beginning of a new chapter of cooperation and commercial exchange between the two countries.

In August 2007, the two countries signed a Millennium Challenge Compact totaling $697.5 million for 5 years. The Compact was designed to stimulate economic growth by increasing productivity and improving employment in high-potential sectors, such as artisanal crafts, fishing and agriculture in Morocco.

The U.S Agency for International Development (USAID) and its predecessor agencies have managed active and effective assistance programs in Morocco since 1953.

Morocco signed a free trade agreement with the U.S. on June 15, 2004, which entered into effect on January 1st, 2006. The U.S.-Moroccan Free Trade Agreement (FTA) is one of the most comprehensive free trade agreements that the U.S. has ever negotiated. Morocco is first African nation and the second Arab and to have an FTA with the U.S. The FTA will provide U.S. exporters increased access to the Moroccan market by eliminating tariffs on 95 percent of currently traded consumer and industrial goods.

The FTA aims to accelerate and reinforce Morocco’s economic reform process by allowing greater competition and international partnerships in key sectors such as insurance and banking. It’s objective is also to liberalize the Moroccan textile and agricultural tariff structures.

During the last decade, Morocco has been steadily progressing toward greater modernization and globalization, with the creation of the country’s first commercial courts, streamlined customs services and 16 Regional Investment Centers dedicated solely to facilitating new business ventures. In this context, the FTA provides a high level of intellectual property protection which includes state-of-the-art protection for trademarks and copyrights, expanded protection for patents and product approval information and tough penalties for piracy and counterfeiting.

In 2007, the governments of Morocco and the United States signed the largest Millennium Challenge Corporation (MCC) compact to date of $697.5 million with the goal of stimulating sustainable economic and social growth in the country.

The grant shows that Morocco is being recognized by the United States for its commitment to democracy, economic progress and development since recipient countries must meet certain progressive criteria to qualify for the program.

The agreement aims to stimulating economic and social growth through investments. These strategic investments intend to increase productivity and improve employment in high potential sectors such as fruit tree productivity, small-scale fisheries, and artisan crafts. Small business creation and economic growth targeting local population will also be supported by investments in financial services and enterprise support.

This agreement is managed by the Agency of Partnership for Progress APP.