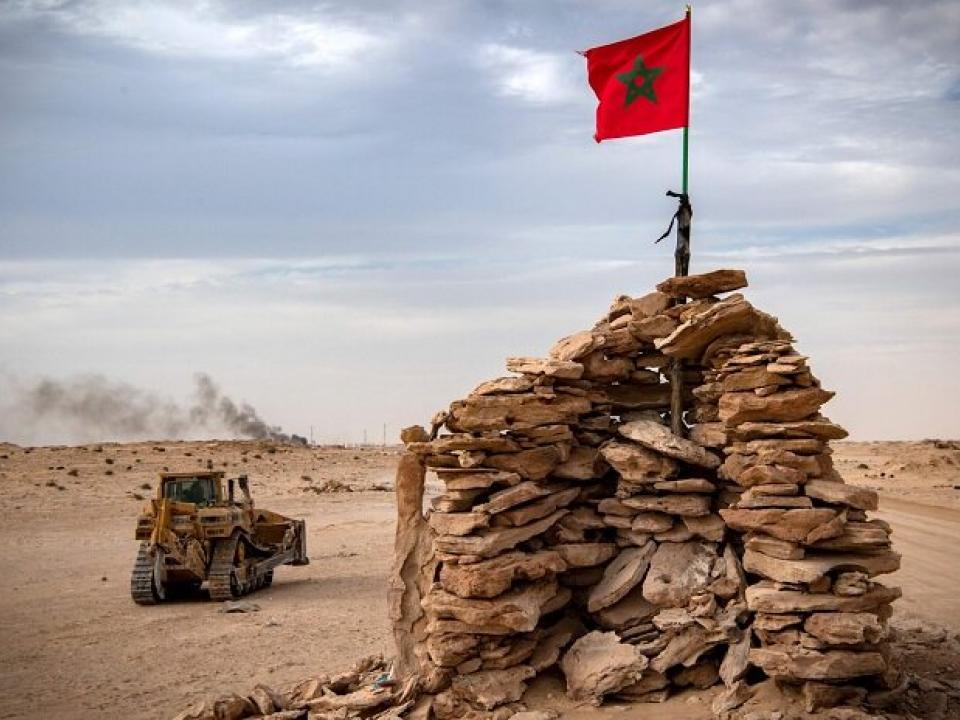 In its latest attempt, Algeria evoked Morocco’s most important diplomatic issue during a meeting of the Peace and Security Council (PSC) of the African Union (AU), which had the question of climate change at the core of its assembly works.

Over four decades, Algeria has developed veritable mythology around Western Sahara to thwart the completion of Morocco’s territorial integrity. There are two recurrent myths in the Algerian rhetoric, namely that the Sahara is “Africa’s last colony” and that Morocco is an “occupying power” in the territory.

Although the Algerian regime seems to believe the story it fabricated, it is worth explaining the reality of the issue.

The Sahara ceased to be a colony after the signing of the Madrid Agreement in 1975, when Spain returned a region to Morocco that has always been an integral part of its national territory. The UN took due note of the agreement in UNGA resolution 3458/B.

On February 26, 1976, Spain officially notified the UN that it was relieving itself of all international responsibility for the Moroccan Sahara, thus removing Spanish colonization in the southern region of Morocco.

Leading a shrinking court of pro-Polisario countries, Algeria still qualifies Morocco’s southern provinces as an occupied territory. Neither reports of the UN secretary-general nor Security Council resolutions have ever qualified Western Sahara with such a status.

After obtaining independence in 1956, Morocco was the only country to claim sovereignty over Western Sahara, meaning that the expression of “occupied territory” cannot apply to Western Sahara, as Algeria claims.

Algeria and South Africa are the only African countries to vociferously defend the Western Sahara file at the level of the African Union, even to the detriment of the binding decisions adopted by AU Heads of State. What Algeria seems to forget is that the AU failed in its legal framework during the 1980s, bypassing the principles of neutrality and impartiality and admitting a fictitious entity in apparent violation of the provisions of the pan-African organization’s charter.

Algeria has dedicated significant financial resources, to the detriment of the country’s people and development, to give credit to a separatist movement that does not meet any of the essential characteristics of statehood in international law. Based in the Tindouf refugee camps, on Algerian soil, the Polisario Front has no authority over a population nor a territory.

To many, it is a  guerrilla movement desperately clinging to an anachronistic frame of reference amid a flurry of developments in Western Sahara. What’s more, while the group broadcasts itself as the “sole legitimate representative of Sahrawis,” there are reports that a large number of its mercenaries hail from Mali, Niger, Mauritania, and Algeria.

The regional dispute over Western Sahara falls exclusively within the process initiated at the United Nations, as endorsed by AU Decision 693. The idea is to support the efforts of the UN secretary-general and the Security Council aimed at resolving the issue through a political, durable, realistic, and compromise-based solution, as defined in the Security Council resolutions and supported by the international community.

Although it has been supporting Polisario since 1974, Algeria claims it is only an observer, not a central party, to the conflict, in defiance of UN texts and resolutions. The UN, however, has mentioned Algeria in all of its recent resolutions, as a primary party to the regional dispute.

In another attempt to hiding its involvement in  the conflict, Algeria does not miss any opportunity to include the self-proclaimed Sahrawi Arab Democratic Republic (SADR) among the founding members of the AU.

Algeria seems to forget that the creation of the AU, formerly called the Organization of African Unity, resulted from deliberations during a conference in Casablanca in 1961 when Algeria was still under French colonization.

The preamble to the AU Constitutive Act also recalls the historic event’s importance in the genesis of the pan-African organization.

Morocco, however, actively adopted and supported Algeria’s national liberation movement to gain independence. Morocco also presented the Western Sahara file before the UN Decolonization Committee in 1963, a year after Algeria came into existence as an independent state and long before Polisario’s appearance. Morocco has never ceased demanding its legitimate rights since its independence in 1956.

When the region was close to achieving its definitive decolonization, Algeria created in 1973, with the support of the Gaddafi regime, the Polisario Front with the main objective of thwarting the completion of Morocco’s territorial integrity and satisfying its desires of regional supremacy. The Polisario Front is headquartered in the Algerian territory near the southern borders with Morocco.

It is certain that Algeria, which is currently on the edge of a political, economic, and social abyss, has no other objective than to focus on Morocco and to divert both domestic and international attention away from the gravity of its internal situation, especially its responsibility for the persistence of the regional dispute over Western Sahara. Security Council resolution 2548 specifies this responsibility by mentioning Algeria five times.

Algeria is looking for an escape route to avoid confronting its people’s massive Hirak (movement) protests.

At such a critical juncture for its socio-economic prospects, Algeria’s government is opting to shirk its domestic responsibilities and attempt to dictate the AU Peace and Security Council’s decision on matters the AU has settled long ago. Doing so means that Algeria is violating the AU’s decisions and tarnishing the debates of an organization.

The Algerian double-talk is even more apparent in light of the dire human rights situation inside the Tindouf camps. In defiance of its international obligations, Algeria has delegated authority over these camps to Polisario, allowing it to abuse a population without international protection.

The UN Human Rights Committee has drawn the international community’s attention to the human rights violations in Tindouf on more than one occasion.

Algeria and its supporters portray the conflict in a way that egregiously implies Polisario is a victim of Morocco’s reluctance to abide by international law. Morocco, however, has never faced accusations of embezzling humanitarian aid and selling it on the black market, unlike Polisario.

International organizations often send humanitarian aid to benefit Sahrawis living in the Tindouf camps, but shipments often do not arrive at their final destination.

Several reports, including one by the UN secretary-general, have highlighted the dire living conditions of the Sahrawis. Many suffer malnutrition and certain health conditions, such as anemia, due to lack of clean drinking water, food, and medicine.

In 2019, President of the Canary Sahrawi Forum Miguel Angel Ortiz condemned Polisario’s corruption and embezzlement of humanitarian aid. In an opinion piece published by La Provincia, the activist accused Polisario of misusing some €2.5 million worth of humanitarian aid from the international community meant for Sahrawis living in Tindouf camps.

The Moroccan Sahrawi people, however, live in a state that has made laudable efforts to achieve democracy and enjoy all their fundamental economic, social, and cultural rights, ranging from freedom of movement and freedom of expression to the right to work and to vote as guaranteed in the 2011 Constitution.

Western Sahara is experiencing an unmatched economic expansion with many investment projects dedicated for the region. The most prominent investments are those of the US, which has pledged to invest $3 billion over the next four years as well as co-invest with Moroccan partners for projects in Sub-Saharan Africa.

Algeria has long accused Morocco of taking advantage of Western Sahara’s natural resources without investing in the region’s socio-economic development.

But such claims do not stand the lightest scrutiny. Among the many facts on the ground that counter Algeria’s unsubstantiated claims are the massive investments Morocco has made in the Laayoune-Sakia el Hamra and Dakhla-Oued Eddahab regions.

Morocco has allocated MAD 10 billion (approximately $1billion) to build the Dakhla Atlantic Port, expected to be operational by the end of 2026. Other investments for the south include several wind farms and other social infrastructures across Western Sahara.

Morocco has also turned the city of Laayoune into a Saharian hub for investment. Morocco’s National Office of Electricity and Drinking Water (ONEE) is building a seawater desalination plant to address water scarcity in Laayoune and neighboring cities. The plant is expected to be operational by the end of June 2021.

The country has also initiated numerous other socio-economic projects in the city, mainly regarding necessary infrastructure, from roads to cultural centers to sports facilities, as part of the implementation of the development model for the region.

These investments illustrate King Mohammed VI’s special attention to developing the southern provinces as he announced in his 2020 Green March anniversary speech.