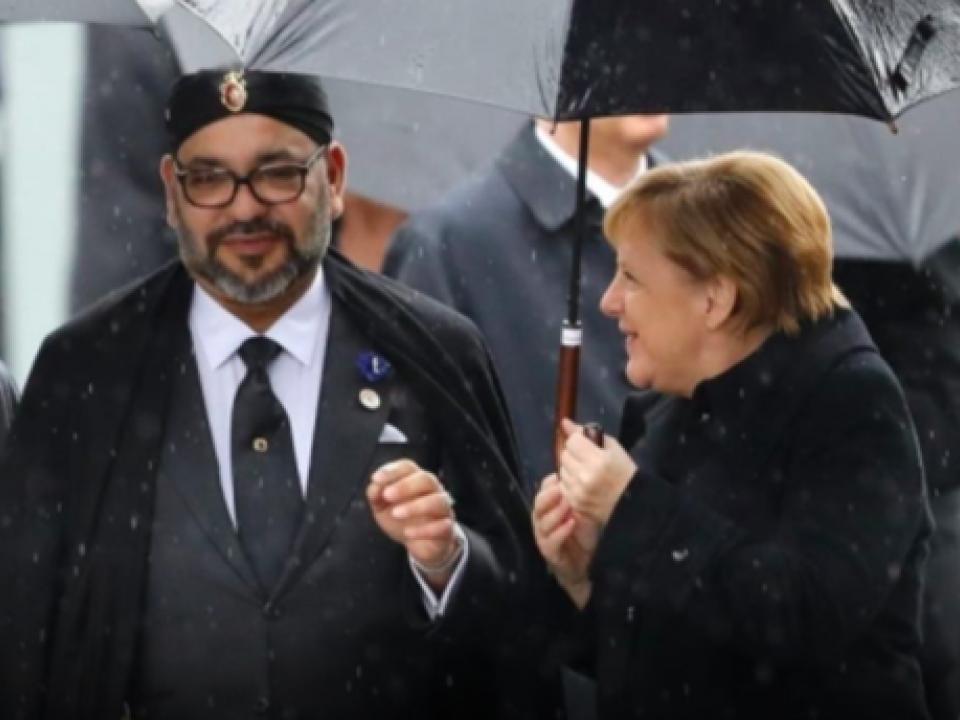 Morocco’s decision to suspend all contacts with the German Embassy and its institutions came as a surprise to the public and the German officials.

While the Moroccan Foreign Ministry, inexplicably, declined to give a detailed explanation for its decision, analysts have suggested that Berlin’s unfriendly attitude towards Moroccan positions on matters of national security are to blame for this crisis.

Notwithstanding Rabat’s right to reduce relations with any country it chooses, this pronouncement would have been more effective and compelling if Morocco’s Foreign Minister gave the motives and purposes behind his action.

Meanwhile, Germany’s recent inimical actions in the Western Sahara conflict and its decision to exclude Morocco from the Berlin Conference on Libya remain two “obvious” explanations, among others.

Indeed, Germany’s call for a United Nations Security Council meeting to discuss the United States decision to recognize Morocco’s sovereignty over the disputed Western Sahara was excessive, biased, and insulting.

Invoking the UNSC to debate a unilateral diplomatic decision by a sovereign state was unusual for German diplomats who have ignored similar behaviors when nations that are more influential are involved.

Clearly, the German government has singled out Morocco while it has tolerated the same behavior form “bigger” countries like China, India and Spain. Rabat is not asking Berlin to change its positions on the question of “self-determination’ in Tibet, Kashmir or Catalonia but rather extend the same courtesies to Morocco on the Western Sahara.

The Germans seem to hide behind their diplomatic “caution and realism” when dealing with some conflicts and turn to moral standards when addressing others. The German Federal government with its two major parties, the Christian Democratic Union (CDU) and The Social Democratic Party (SPD), must decide if they support the rights to “self-determination’ to all or they do not.

Berlin’s aggressive stand in support of the Western Sahara pales in comparison to its meek backing of Catalan nationalism.

In fact, the decision for the European Parliament to remove the parliamentary immunity of three nationalist Catalan MEPs wanted by Spain over the 2017 independence vote is another example of Europe’s duplicity.

In a shameful act, more than 400 European Parliamentarians voted in a secret ballot at night to send three MEPS to face extradition and jail for executing the Catalan people’s rights to self-determination.

It would be interesting and helpful to know how the CDU and SPD MEPs voted on this motion that amounts to political persecution. Proponents of the rights to self-determination and the Catalan people have the right to question the moral stands of the 400 MEPs who voted to send their three comrades to Spanish jails.

Germany along with some other EU members are obviously hypocrite since they refuse to question the sovereignty and territorial integrity of their Western partners but give moral lessons on self-determination and regional autonomy to countries like Morocco who they deem lesser.

Moroccans would like to ask Chancellor Merkel (CDU) and Foreign Minister Maas (SPD) for the reasoning behind their government decision to challenge the American move to support Moroccan territorial integrity while they shun the Catalan’s quest for a homeland in the name of Spanish territorial unity. It is hard to dispute that the German position on the Western Sahara is nothing but a case of diplomatic double standard.

The silence of European leaders in the face of the clear human rights violation in Spain is a failure of the moral authority of the European Union. Nowadays, pro-independence Western Saharan activists have more freedoms in Morocco than Catalan nationalists do in some parts of Europe.

When Germany unconditionally supports Spain’s claim over Catalonia but takes Morocco to the United Nations over its claim on the Western Sahara, it shows favoritism and ambivalence over the concept of self-determination.

On the Libyan dossier, Berlin’s decision to exclude Morocco was bad diplomacy and showed a lack of understanding of the principle of effective mediation. German diplomats did not do their homework and insisted on inviting irrelevant players to their photo-op summit.

The Berlin Conference on Libya was ill-prepared, poorly managed and decidedly futile. The German foreign office showed a level of amateurism and naivete in holding a gathering without the parties who have a responsibility and a stake on the ground.

As the Germans stumbled, Morocco took the lead in negotiating an end to the fighting. According to the UN, Rabat has the best chance of success in ending the Libyan stalemate. After all, Moroccan diplomats in the Skhirat and Tangier meetings on Libya have shown the Germans how to successfully negotiate a thorny conflict.

While this Moroccan-German disagreement is not a serious diplomatic standoff, it is a chance to reset relations between the two nations based on mutual respect and understanding. Moroccans have great admiration for Germany and value the help and assistance the Federal government has extended to Morocco and the Moroccan civil society. However, this cooperation should not come at the expense of Moroccan pride and dignity.

The European Union cannot treat Morocco as a passive spectator at the mercy of their member’s largesse. The Kingdom may not be critical to German interests, but it offers great services to Europe’s security, stability. It also understands, and values Brussels welfare. In exchange for collaboration, Rabat is not asking for special treatment but rather equal treatment.

Hassan Masiky was born in Kenitra, Morocco, and is based in Washington as a blogger and freelance writer