‘Sahrawis should move from Monologue to Dialogue:’ Ex-Polisario member 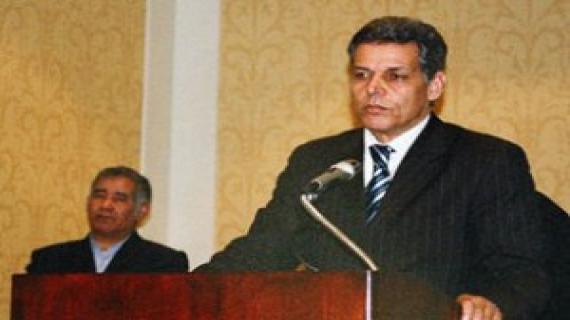 El Bachir Dkhil, the president of Alternatives Association and the ex-member and ex founding member of The Polisario Front, told MWN in Smara that “the people of the Sahara should understand that today’s Morocco is no longer Morocco of the past, because we are living under the umbrella of a new constitution that values the freedom of individuals and minorities to express their opinions and enables them to be active and effective citizens without fear or discrimination.”

During the last conference organized in Smara to present Dr. Hassan Ourrid’s novel, The Moor, Mr. Dkhil invited all people and the youth to “express their feelings freely and to voice their needs, their pains and their desires publicly in meetings, conferences, to write in mass-media and to move from the state of monologue where people are talking in private about their grievances and pains to a state of dialogue where they can voice all they like and dislike in public.”

“Talking in private and behind the walls and doors hurts the people and do a disservice to regional development, because there is an environment of freedom in Morocco today. All Sahrawis, as we as all other Moroccans, should benefit from this new horizons of freedom and practice it in their daily lives in the Sahara,” he added.

As regards the last initiative of the plan of development in the Sahara, Lbachir Dkhil criticized the strategies followed by the previous governments in the southern regions as they “were based upon entertainment more than development.”

He went on to say that “the new plans should create more companies and factories to create job opportunities for the local population and integrate it in the social and economic environment instead of giving money for associations to organize feasts, and parties.”

“It is impossible to talk about development in a city like Smara where there are no factories and no companies,” he concluded.