“The Sahara is a people’s issue for Morocco, an issue of regime and state for Algeria:” Benkirane 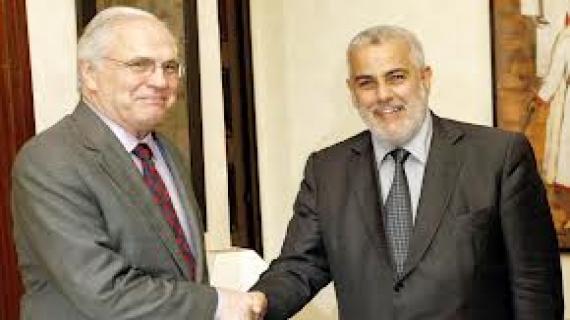 The Moroccan Sahara issue is “a people’s question for Morocco, unlike our brothers in Algeria who consider it as a state and regime issue”, said Moroccan premier Abdelillah Benkirane.

In an interview with Qatari daily “Acharq”, Benkirane traced back the history of the Sahara issue, the part played by former Libyan leader in sowing discord around this issue and Algeria’s persistence in backing the separatists in a bid to harm Morocco.

Benkirane who had met a group of Arab journalists visiting Morocco noted that there is no divergence between Algerians and Moroccans, adding that if land borders between the two countries are re-opened and the Sahara issue is settled, everybody will find out that the problem is artificial.

Of the impact of the events in Mali on Morocco, the head of government said it is inadmissible that people who take hold of weapons and oil products seek to impose their jihadist ideology, insisting that fragile state are not capable of existing.

He also recalled that Morocco has made a huge effort by proposing large autonomy for the southern provinces.