“Morocco’s place is within the African Union,” Alassane Ouattara 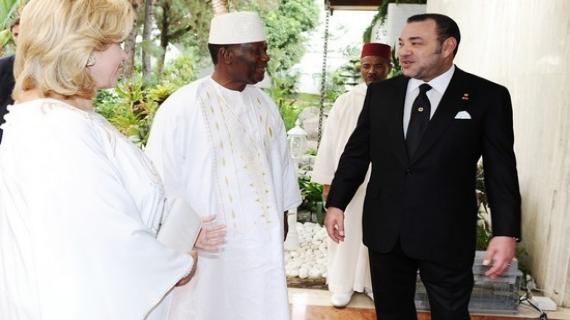 Cote d’Ivoire president Alassane Dramane Ouattara stressed that Morocco’s place is within the African Union because Morocco can bring a lot to Africa and to African action.

“Morocco is one of the founding fathers of the Organization of African Unity, now known as the African union” and Morocco is a much respected country by all and throughout the world”, the Ivoirian president said in a statement to Moroccan reporters.

“It is a great country that can bring a lot to African action, thanks to its experience and its diplomacy”, he added, noting that the official visit of HM King Mohammed VI to Cote d’Ivoire is a token of respect for his country which has just come out of a serious crisis.

This visit marks a good departure for the consolidation of relations between the two countries, mainly through the signing of six cooperation agreements covering several fields.

Bilateral cooperation will be deepened during the upcoming session of the joint grand commission to meet next June in Abidjan, he stated.

President Ouattara further recalled that his country was going through a phase of reconstruction and reconciliation and needed Morocco’s support, underlining the presence in Cote d’Ivoire of several Moroccan banking, cement and low-cost housing enterprises.

Cote d’Ivoire has expressed clear and unequivocal support to the Sahara as Moroccan territory, labeling the Moroccan initiative for autonomy in the Sahara the appropriate solution for the final settlement of the conflict.