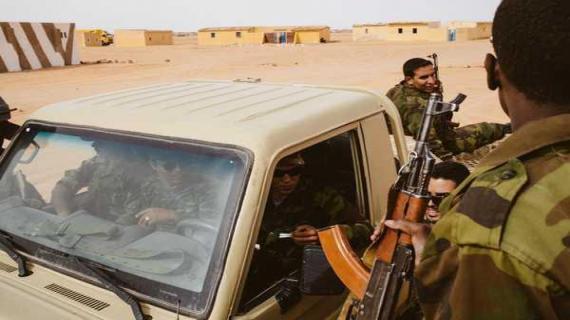 100 members of Polisario members joined the ranks of ISIS, according to the head of the Moroccan Central Bureau of Judicial Investigations (BCIJ), Abdelhak El Khiam.

BCIJ, which has been contributing in shaping Morocco’s reputation as a country efficiently fighting terrorism, thanks to its security services, pointed out that regional cooperation is necessary in combating terrorism.

“Cooperation with Mauritania has always been fruitful. There is no obstacle to our sharing information. But as far as Algeria is concerned, I hold Algerian authorities responsible for the lack of a similar cooperation.”

Being Polisario’s sponsor, Algeria is to be blamed further more. The separatist group, whose actions in recent months in Guerguerat have threatened stability in the region, has been accused by Morocco of entertaining relationships with terrorist groups in the Sahel.

The BCIJ director highlighted the internationally-recognized counterterrorism expertise of his department, explaining that the Moroccan security policy is based on “preventive strikes” to smash terrorist cells before they attack.

On the number of Moroccans who have joined terrorist organizations, he said that 1,623 individuals joined hot spots, 400 out of them were killed, adding that 78 of them returned to Morocco and were interrogated and brought to the public prosecutor.

The fact that members of the Polisario join ISIS makes the group even more dangerous to stability in North Africa and the Sahel region.

The Polisario front is a separatist group that practiced killing an abduction of families from Western Sahara during the 1970’s and 1980’s. The group has a dark record of human rights violations, including war crimes against Moroccan war prisoners.

The Algerian backed group has been accused of links with drug trafficking groups and terrorist organizations in the Sahel.