To the great displeasure of the Polisario, an American fund to build a wind farm in Dakhla 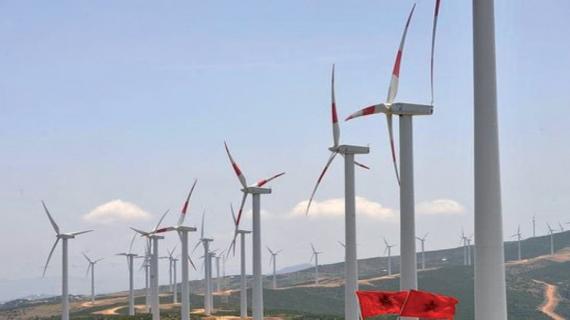 Ignoring the Polisario's calls of boycotting investments in the Sahara, a US fund has announced its intention to build a wind power plant in Dakhla. Brookstone Partners has been operating in Morocco since 2009.

New York-headquartered firm Brookstone Partners announced that it finished the first phase of a 900-megawatt wind farm in Dakhla, reports Bloomberg Environment. This big project will be coupled with a datacenter for blockchain servers (a database that is managed autonomously using a peer-to-peer network and a distributed timestamping server).

«Discussions with the American company were launched two years ago. For now, the project isn't operational yet», a source close to the file told Yabiladi on Monday.

Allowing Brookstone Partners to construct a wind farm in Dakhla is not a coincidence. «The company has been operating in Morocco since 2009 through its subsidiary Platinum Power, headquartered in Casablanca. The firm is present in Mali, Côte d'Ivoire and Cameroon too», said the same source.

«In 2013, Platinium Power also obtained concessions for the development of private hydroelectric power stations at Tilouggit 1 and Tilouggit 2 at Oued Ait Abid (Beni Mellal) and at Boutferda (Azilal)», the same source added.

The Dakhla project is a new step for the US fund's activities in the Kingdom. It reflects a long-standing ambition of the company to build a wind farm in the southern provinces of Morocco. Michael Toporek, a senior executive at Brookstone Partners, however, explained that the firm's ambitions were met with «problems of finding a suitable location».

The future Dakhla wind power plant is part of the development plan for non-fossil energies launched by Morocco in the Saharan provinces, with the Noor solar projects in Laayoune (80 MW) and Boujdour (20 MW), as well as the building of wind farms in Boujdour and Tarfaya.

Beyond the economic benefits of these projects, they allow Morocco to consolidate its position on the Sahara while the Polisario and its network of NGOs and politicians have made of the fight over the exploitation of the southern provinces' resources their raison d'être.

The announcement of the US fund for the construction of a wind farm in Dakhla comes just two weeks after the signing of a new fisheries agreement between Morocco and the European Union, including the Western Sahara waters.