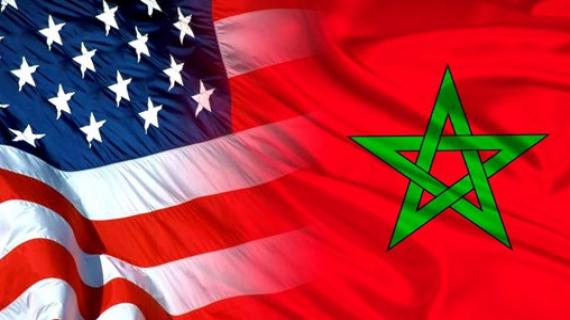 Members of a delegation of the U.S. Conference of Western Attorneys General who visited Morocco lately have stressed the need for continued U.S. support to help Morocco resolve the Sahara conflict, describing Morocco as “an exporter of peace”.

Two member of the delegation, Sean Reyes and Lawrence Wasden stated in a an op-ed published by The Salt Lake Tribune that their itinerary in Morocco led them to the southern provinces wherein they witnessed a variety of socioeconomic development projects and the sustained efforts made by Morocco to resolve the Sahara regional conflict.

They commended in this connection the autonomy plan offered by Morocco for the Sahara, saying this initiative enjoys a large bipartisan support in the U.S. Congress as a win-win compromise solution that will bring peace to the region. This autonomy proposal has been supported by a succession of U.S. administrations as being a serious and credible approach to ending the dispute.

Although this dispute remains a frozen conflict with seemingly little relevance amidst a variety of hotspots in different parts of the world, it remains nevertheless pertinent today as it threatens to undermine a vital U.S. ally in North Africa, the two U.S. Attorneys General warned in their column titled “United front with Morocco supports security across the globe”.

They stressed the need for continued U.S. support to help Morocco resolve the Sahara conflict, to deepen its strong military and security cooperation and assist the country in its ongoing efforts to modernize its justice system.

“Nowhere in the region do our interests and our values coincide more than they do in Morocco”, they affirmed, underlining the importance of Morocco as a major U.S. ally in the region and as a global leader in the fight against extremism.

“We must stand by the North African Kingdom as it continues to lead the way in the region in terms of reforms and as an exporter of peace while at the same time addressing the challenges brought by increased regional instability, rising extremism and external threats from Iran”, said the U.S. Attorneys General.

Expressing hope to continue consultations with their colleagues in Morocco to further cooperate on law enforcement matters, the authors of the op-ed underlined that allies are indispensable in the pursuit for peace and justice.