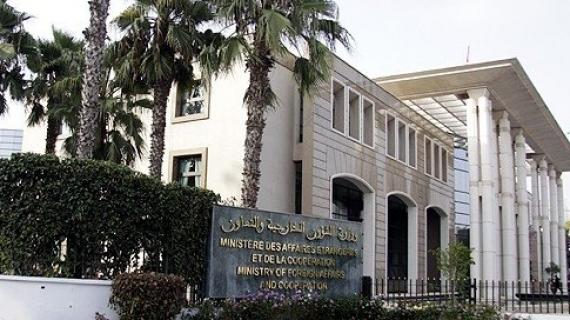 The adoption this Wednesday by the European Parliament by an overwhelming majority of the Moroccan-EU Agriculture Agreement confirms that "any agreement covering the Moroccan Sahara can only be negotiated and signed by the Kingdom in the exercise of its full sovereignty over this part of its territory", says the ministry of Foreign Affairs and International Cooperation.

The ministry, which commends the adoption by the European Parliament, in plenary session in Strasbourg, of the Exchange of Letters on the Agriculture Agreement concluded between the Kingdom of Morocco and the EU, points out in a statement that this agreement explicitly emphasizes that agriculture and fisheries products from the southern provinces of the Kingdom benefit from the same tariff preferences as those covered by the Association Agreement.

This vote, by an overwhelming majority, is the culmination of a long process of technical negotiations, political consultations and legal validations between Morocco and the EU, the ministry notes, adding that throughout this process Morocco has been driven by a triple logic, namely the non-negotiable defense of its territorial integrity and the fundamentals of its position towards the Moroccan Sahara, the preservation of its economic interests in an important sector with a privileged trading partner and a genuine commitment to a multidimensional and deep partnership with the EU.

Morocco, the ministry stresses, wishes to express its appreciation for the action of all European institutions and EU member States, as well as their continued commitment in a spirit of responsibility, to confront the manoeuvres and attacks carried out by Algeria and the polisario to torpedo this long-standing partnership.

The Kingdom considers that the adoption of this Agreement constitutes a solid basis for a full and complete relaunch of its partnership with the EU, in order to jointly address the challenges facing the region and seize its opportunities, in a spirit of clarity, responsibility and ambition, the statement concludes.