The Sahrawi Association for the Defense of Human Rights (ASADEH) has raised with the Basque government the cases of Moulay Abba Bouzeid, Fadel Breika and Mahmoud Zeidan, who were abducted lately by the polisario militias.

In Bilbao, the Sahrawi NGO met with officials from the autonomous government and a representative of the Madrid central government.

“On Monday, July 8, we met with Paul Ortega, Director of Cooperation & Development Agency at the Basque Govt”, said Ramdane Messaoud, President of ASADEH. The Basque Agency sends regularly humanitarian aid to the population of the Tindouf camps.

The next day, the Sahrawi NGO held meetings with Julia Hernández Valles, Ombudsman deputy, and Jesus Loza, the representative the central government of Madrid in the Basque Country.

During all these meetings, talks focused on the arrests of the three activists. The ASADEH leaders also visited the local Parliament where they discussed the same subject with MPs of various political groups.

The campaign launched by ASADEH in the Basque Country aims to draw the attention of Spanish media to the case of the three Sahrawi militants as the Tindouf-based news websites were dominated by news about the latest African Union summit and the invitation addressed to Brahim Ghali to attend the inauguration ceremony of the new Mauritanian president.

The move made by the Sahrawi NGO in the Basque country was not fortuitous. This region is home to a large Sahrawi community of all political leanings. 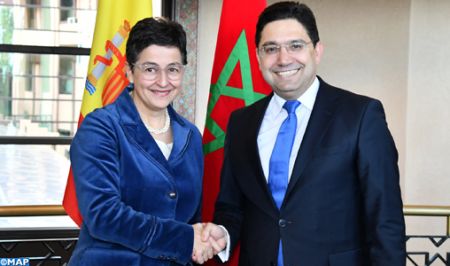