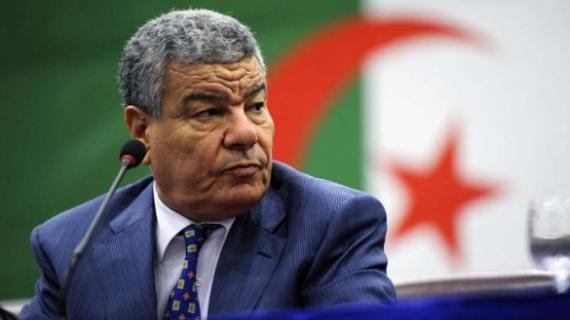 Former Secretary General of Algeria’s all-powerful FLN party, Amaar Saadani, voiced the discontent within the Algerian political class regarding the blind support and lavish spending on the separatist Polisario front.

The former number 3 in state apparatus told TSA news outlet that the Sahara has always been Moroccan and that the Polisario is a waste of Algerian tax-payer’s money that should have been spent to develop Algeria’s poor south.

These statements reverberated in the Polisario administered camps as an alarm bell for a corrupt Polisario leadership who has been trading in the suffering of the camps population, subjected to all sorts of degrading treatment and prevented to return to its homeland Morocco.

The Polisario leadership and circles hostile to Morocco within the Algerian regime refused to pull their heads out of the sands as Saadani’s statement made headlines in Algerian and regional newspapers signaling the beginning of the end of the manufactured-consent imposed on Algerian politicians regarding the Sahara issue.

For Algerian-funded separatists mouthpieces, Saadani’s statement evoke their fears of seeing the pro-democracy movement lead to a new Algerian leadership that breaks away with the zero-sum legacy left by the military junta when it comes to ties with Morocco.

The Polisario and their Algerian paymasters are conscious that separatism in the Sahara is not a cause embraced by Algerians. They know that their cause is fabricated as it continues to be viewed by many in Algeria and beyond as a relic of the Cold War.

As noose tightens on the authoritarian and opaque regime in Algiers with the continuation of pro-democracy street protests, the Polisario leadership has chosen to remain silent and watch the fate of its paymaster looking to their future while desperately praying for the authoritarian status quo to continue.

Meanwhile disenchantment is growing in the camps where Sahraouis held against their will multiplied protests to demand an end to their ordeal. Such demands have been met with cruel repression that was decried by international NGOs including Amnesty International and Human Rights Watch.

The generous handouts to the Polisario are also at risk due to the dwindling revenues of the Algerian state on the backdrop of lower oil prices. Such financial hurdles would definitely play into the nexus between the separatist front and traffickers including terrorist groups in the Sahel.

From another perspective, the return of Morocco to the African Union and the strong voices within the organization to end the membership of a separatist entity sends shockwaves within the military junta in Algiers and their Polisario puppets. The beginning of the end of the Polisario has been sealed by the withdrawals of recognition of states in Africa and Latin America.

Over the last two years, some 46 countries have withdrawn their recognition of the SADR entity out of 80 that previously recognized it.

Separately, Saadani also spoke in favor of opening borders between the two Maghreb heavyweights. His statements echo those of well-respected Algerian leaders, some of whom have passed away like former President Boudiaf, who had promised an end to the Sahara conflict.

Morocco at the highest level has kept an outstretched policy towards Algeria with the Moroccan king calling on multiple occasions for closer ties and a comprehensive dialogue between the two neighbors.

Both countries have much to gain by breaking the ice in their bilateral relations. Morocco’s diversified economy could offer cheaper goods that Algeria imports from far away while Algeria could increase its supply of oil and gas to Morocco.

Opening the border would also be a boon for ties between the two countries and facilitate the exchange of students, goods and tourists.