Military Funding of polisario by Algeria: An MEP Breaks the Silence 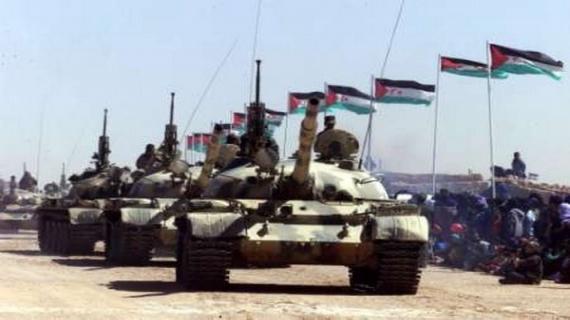 Having a large military arsenal and at the same time begging for food aid is an equation that a member of the European parliament tried to solve by appealing to the common sense of the leaders of the European Union (EU).

In a question to the EU High Representative for Foreign Policy and Security Policy, Josep Borrell, MEP Ilhan Kyuchyuk says it is well known that the Polisario “is heavily armed and has a large budget for the maintenance of its military equipment".

Polisario leaders, said the MEP, "are also regularly exploiting the humanitarian situation in the Tindouf camps to draw the attention of the institutions of the European Union to the populations that live there", before questioning the European official if the European Commission was aware of this surreal situation.

The MEP adds that "faced with the refusal of Algeria to allow the UNHCR to hold a census of the population of the Tindouf camps despite repeated calls from the UN Security Council, we are entitled to ask the EU to take measures to monitor humanitarian aid sent to these camps and ensure that European taxpayers' money is not wasted."

The question of this MEP, member of the Foreign Affairs Committee at the European Parliament, comes at a time when Algeria has increased calls to the international community to grant humanitarian aid to the populations held against their will in Tindouf.

This sudden solicitude on the part of Algeria with regard to a population which it holds against its will on its territory under the rule of the Polisario, hardly hides the uneasiness which prevails within the Algerian society which pays a heavy price because of the persistence of the artificial conflict over the Moroccan Sahara.

The scheme is also well known to the European Union, as in 2015 a report issued by the European Anti-Fraud Office (OLAF) revealed that for years, vast amounts of humanitarian aid sent to Sahrawis held in the Tindouf camps had been "diverted" and that these diversions were operated by and for the benefit of some leaders of the Polisario and their Algerian sponsors.