The independent Argentine news agency "Total News" highlighted the diplomatic setbacks suffered recently by the separatists of the +polisario+, stressing that this movement is finding itself increasingly isolated despite the support of its mentor, Algeria.

The decision of the Spanish justice to prohibit the +polisario+ and its sympathizers from the use of its slogans and its banners in the public places and the setback suffered by the separatists, at the end of last May, on the occasion of the celebration of World Africa Day show that "it is increasingly difficult for Algeria to support" separatism in the Moroccan Sahara, wrote "Total News".

In an article entitled "The Polisario Front increasingly alone", Argentine political expert Adalberto Carlos Agozino underlined that "despite the efforts of Algerian diplomacy, the polisario is rapidly losing international support", even as the appearance of a solid movement of dissidence within the Tindouf camps, run by the separatists in Algeria, further complicates the irrational tasks of the separatists and their Algerian mentors.

The latter were greatly shaken by "the noted weakening of Algeria's international position due to the domestic upheavals which provoked the military coup which ended the twenty years of Abdelaziz Bouteflika's dictatorship, the rigged elections which propelled Abdelmadjid Tebboune, a simple representative of the military establishment, to the presidency and the constant street unrest at the call of the Hirak movement to demand more freedoms and democracy in the country", said the author of the article.

To all this is added, according to this Argentine academic and expert in political science and strategic issues, the recent creation of the "Sahrawi Movement for Peace (MSP), which demands respect for human rights in Tindouf and challenges the polisario in the representation of the Sahrawi diaspora".

To this "hard legal setback for the separatists" is added, according to "Total News", the "diplomatic slap" inflicted by the Spanish Minister for Foreign Affairs, the European Union and Cooperation, Arancha González Laya, who posted on the Twitter account of her department a map of Africa with the flags of all the official member states of the African Union except that of the fake SADR. 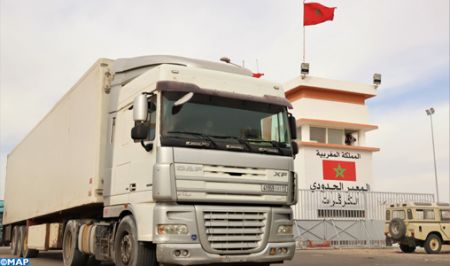