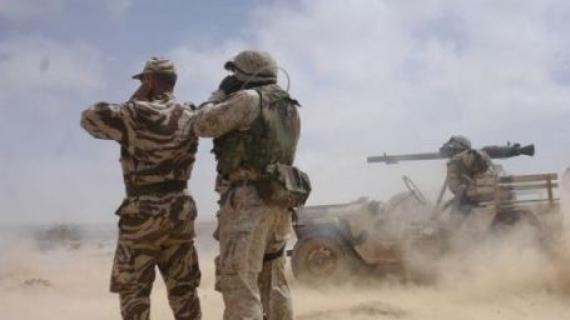 Upon instructions of HM King Mohammed VI, Supreme Commander and Chief of General Staff of the Royal Armed Forces (FAR), and on the occasion of the final stage of the "African Lion 2016" exercise, a high-level delegation led by US Ambassador in Morocco, Dwight Bush, was received at the General Staff of the Southern Zone, by Lieutenant General, FAR's Inspector General and commander of the Southern Zone.

After the thanks of FAR Inspector General, the delegation was invited to pay a visit to the sites hosting the various activities of the program, marking the end of the exercise.

The 13th African Lion exercise holds a multinational character due to the effective participation of Morocco, the United States of America and a dozen nationalities representing European and African continents.