Morocco is a "continental and an essential actor" in the stabilization of the Sahelo-Saharan region, said Mustapha Faty, doctor of legal sciences, Professor at the University of Nouakchott Al Asria and researcher on security and stability in the Maghreb and the Sahel during the citizen-run show “Sahara Debate”.

During his analysis of the prevailing situation in the Sahel, the University Professor indicated that the security situation in this area has significantly deteriorated during the last ten years, stressing the fact that insecurity and poverty mutually reinforce each other.

For the Mauritanian researcher, neither security nor stability could exist in the Sahel region without international, regional and sub-regional coordination and without a coordinated and a concrete response for political stabilization and economic development of all of the countries in this region.

From this observation, Faty underlined the importance of the role that Morocco plays at the level of the African Continent and particularly in the Sahel region. He added that Morocco has mobilized since the beginning of the crisis alongside the countries of the region both bilaterally and in international fora.

According to Faty, Morocco has become an essential continental player and its efforts deployed in Africa rest on South-South cooperation that is based on the social economy and core infrastructure. It is an approach that aims to consolidate peace, stability and development in the continent.

For the security expert, it is only natural today that the countries of the Sahel region require coordination with Morocco to achieve peace, stability and security in this area.

To back his remarks, Faty drew on certain concrete examples highlighting the leading role played by Morocco in supporting the countries in this region. Thus, he recalled that Morocco contributes to the fight against violent extremism and to the promotion of spiritual security in the region through the training of more than 1,463 Muslim preachers from the Sahel, the ECOWAS region and Gabon in the Mohammed VI Institute for the training of Imams, Morchidines and Morchidates.

Through its migration policy, Morocco has regularized more than 50,000 irregular migrants between 2014 and 2017, mostly from the Sahelo-Saharan region, he added, noting that Morocco shares with the Sahel countries its operational experience in the fight against terrorism, acquired from its implementation of an integrated strategy to fight against terrorism.

However, it was especially with respect to the Moroccan Sahara region, adjoining the gates of the Sahelo-Saharan region, that the Mauritanian researcher praised Morocco’s efforts in terms of stability and security.

Indeed, for Faty, “no shot has been fired since the entry into force of the cease-fire agreement in 1991, which makes the Moroccan Sahara region a haven of security and stability in the Sahelo-Saharan region, which is crisscrossed by transnational threats, terrorism, illicit flows of arms, illicit drug and human trafficking”.

On this essential point, Morocco plays an important role in the region, and with its experience, it can help a number of countries in the Sahel and of the region, he added.

Finally, Faty highlighted the excellent relations between Morocco and Mauritania, “brother and neighbor countries, forming a space of stability on the Atlantic coast of the Maghreb and the Sahel, who are called on to play a leadership role in security and development in the Sahel region”.

Close cooperation between Morocco and Mauritania can make a very important contribution to security and stability in the area. Economic exchanges between the two countries are very important. In this context, Faty recalled that Morocco is the first strategic and economic partner for Mauritania. 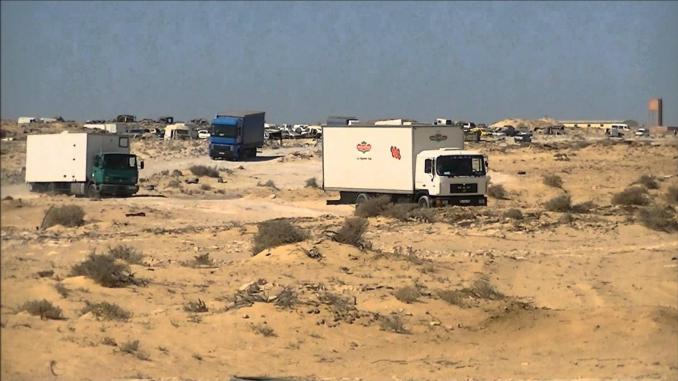