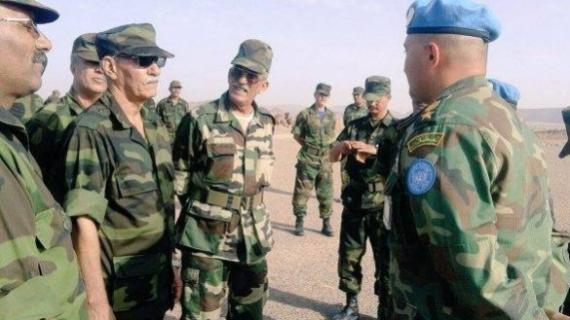 For the past few months, senior officials from the Polisario Front have promised to review their ties with MINURSO. While the separatist movement has not officially set out the main lines of its new policy towards the UN mission, it made sure to voice its opinions through media operating in the Tindouf camps.

The same source affirms that all these measures were backed and improved by all the members of the Polisario general secretariat during its last session held from July 12 to 14. A policy that Abdelkader Taleb Omar, expected to be the successor of Brahim Ghali, began to promote as part of a tour in the Tindouf camps.

For his part, Mahmoud Zeidan, imprisoned for several months in the Polisario prisons for his political opinions and released on November 10, 2019, said in a message sent to Yabiladi that the Front plans to ask MINURSO to transfer its representation located in the Rabouni camp in Algeria to the «liberated territories».

Bir Lahlou as the capital of «SADR» ?

These conditions which are part of the campaign launched by the movement are meant to wrest the recognition of Bir Lahlou as a so-called «capital», a position that has been voiced by the separatist movement several times in the past. However, the UN and the head of MINURSO, Colin Stewart, refuse to bow to this dictate.

On the same token, citing a document, Ziedan indicates that the Polisario plans to ask the United Nations to only receive its representatives, including the next successor of Horst Köhler, east of the Berm. The movement also plans to «close the El Guerguerate crossing» for all commercial activity, claiming that «its opening will only be authorized in specific cases».

The new decisions aim at bringing the Western Sahara question to the international scene while the appointment of a new personal envoy of the UN Secretary General for the region is behind schedule. It is also a warm-up before the examination of the file next October by the members of the UN Security Council.