Morocco’s Autonomy Plan is the only way forward for reaching a solution to the Western Sahara conflict, said the Moroccan Ambassador to South Africa, Youssef Amrani.

Amrani made the statement in a short video shared by the Moroccan Embassy in Pretoria on Tuesday, August 25.

The video is the third installment of an eight-episode series prepared by Morocco’s diplomatic mission in South Africa. The campaign aims to shed light on the Western Sahara issue and correct some of the fallacies shared by media in South African countries.

In the third episode, Amrani replied to the question: “What is the way forward to solve the Sahara issue?”

“Morocco presented to the UN in 2007 the Moroccan initiative for negotiating an autonomy status for the Sahara region,” Amrani recalled.

Morocco’s Autonomy Plan is a compromise that aims to facilitate negotiations for a just, durable, and peaceful political solution for the Western Sahara dispute, the ambassador explained.

Morocco’s central government would still be responsible for decisions relating to national defense and public diplomacy. Meanwhile, the semi-autonomous region’s government would handle general aspects of life for the Western Sahara population.

Amrani recalled that former UN Secretary-General Kofi Annan’s assessment of the Western Sahara dispute, over 20 years ago, concluded the inapplicability of a referendum.

“Subsequent resolutions [by the UN Security Council] dropped any explicit reference of the referendum,” the ambassador added.

Non-viability of a referendum

Morocco’s ambassador to South Africa thoroughly explained why a referendum is not a viable option for solving the Western Sahara dispute in the second episode of the informative series.

The episode, shared on August 20, tackled the question: “Is the referendum still a valid option to solve this long standing dispute?”

To dissipate some of the misconceptions relating to referendums, Amrani tackled three main points.

First, he highlighted that the UN basic texts concerning self-determination, as well as the UN Charter, do not mention the referendum mechanism.

Second, Amrani explained that the UN General Assembly identified four different solutions to territorial disputes. The solutions include independence, association, integration, or any other political mechanism that parties agree on.

For the fourth solution, the UN does not mention any specific approaches to reach a political settlement, as long as it respects  the criterion of mutual agreement.

Finally, Amrani stressed that the referendum is not a mandatory or unique way to help populations achieve self-determination.

“Since 1945, out of 64 cases of territorial dispute, the UN has only solved three cases through referendum,” the ambassador said.

Is Western Sahara a colony?

The first episode of the “Myths and Realities: Understand the Sahara Issue” series, aired on August 14, tackled the claim that Morocco is colonizing Western Sahara.

In the video, Amrani answered the question: “Is Sahara the last colony in Africa?”—an idea that is recurrent in some media that challenge Morocco’s territorial integrity.

“The assumption that the Sahara is the last colony in Africa is without substance and derives from ignorance,” Amrani said.

According to the ambassador, the misconception lacks legal, historical, and political foundation.

The claim is also “completely at odds with the reality, as established at the UN that exclusively deals with this regional dispute,” Amrani concluded.

In upcoming videos, the Moroccan ambassador is set to answer five more questions about the Western Sahara issue.

The Moroccan Embassy in Pretoria announced the awareness campaign on August 13.

The videos are presented in the format of an interview between Amrani and South African journalist Janice Greaver. 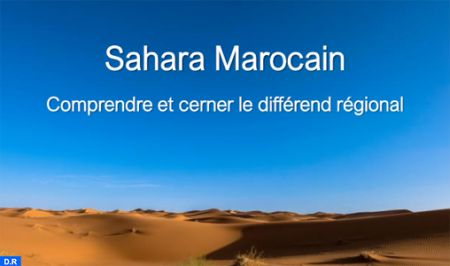