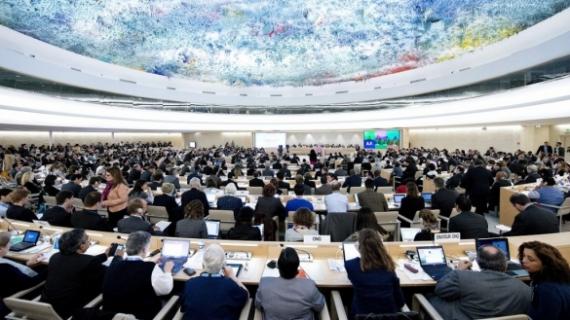 A group of several countries reaffirmed, Tuesday, before the Human Rights Council (HRC) in Geneva, its strong support for the territorial integrity of Morocco and the serious efforts made by the Kingdom for the settlement of the artificial conflict over the Moroccan Sahara.

In a statement delivered at the 45th session of the HRC, the support Group for the territorial integrity of the Kingdom highlighted the relevance of the autonomy initiative for the Moroccan Sahara which was recognized by the Security Council as a serious and credible basis for resolving definitively this regional dispute.

In this statement made by Morocco's Permanent Representative to the UN Office in Geneva, ambassador Omar Zniber, the Group, composed of 26 States, stressed that "the resolution of this political dispute will contribute to the achievement of the legitimate aspirations of African and Arab peoples in terms of integration and development, an objective to which Morocco is strongly committed".

The Group recalled that the Security Council also welcomed the initiatives taken by Morocco for the promotion of human rights in the Sahara, while reiterating its request for the registration of populations in the Tindouf camps.

The signatory countries of this statement further noted that Morocco has engaged in a constructive, voluntary and profound interaction with the United Nations human rights system, in particular the Office of the High Commissioner for Human Rights (OHCHR) and the special procedures.

The Sahara issue, noted the same source, is a political dispute dealt with in New York where the Security Council is making efforts towards a negotiated political solution that is mutually acceptable.