Guergarat: Whether APS Likes it or Not, UN Has Undoubtedly Called Polisario To Order 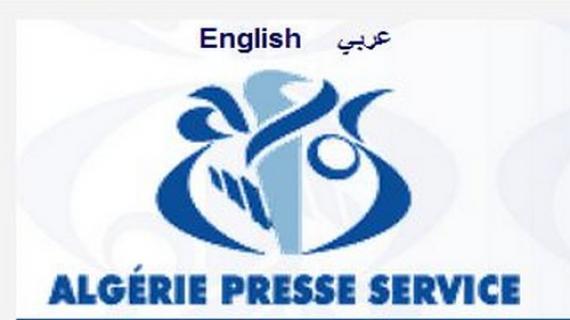 A tragicomic show delivered again by APS! Eager to come to the rescue of a distressed Polisario militia trotting out its never-ending diversionary strategy about Guergarat, the notorious Algerian News Service drifted, head down, into a ridiculous propagandist upsurge. Shamelessly, it also displays a pathetic ignorance of the United Nations and its skillful and smooth communication.

What is the cause behind this? At the behest of Algerian power, sponsor of the separatist movement, the APS has been ordered to spit out its venom and cry a plot. The sterile and outdated rhetoric is thus distilled. There is no time or place, let alone ethics or good faith, to collect and disseminate reliable information to the authorized source.

The UN did indeed make a statement to the press that was firm and clear in response to the outcry of the separatist militias, but quoting such statement requires honesty.

The facts are stubborn. They cannot be obscured or concealed by a Polisario's press release combining conspiratorial, victim-like rhetoric, nor by a story run in Algiers and choosing fiction over facts.

The United Nations has urged the Polisario separatists not to obstruct regular civil and commercial traffic in this buffer zone. And this is not the first time that the UN chief reacts firmly to the repeated provocations by the Polisario militias.

Faced with this truth, Algiers and its puppet opted for a skepticism combining lies, contempt and repugnance.

Stunned by the strong language of the UN Secretary General, reiterated once again through his spokesperson in New York, Algeria and the Polisario saw fit to cry out a "lie" while accusing, in a dishonest manner, the Moroccan news agency of inventing this reaction, using the pretext that it does not appear anywhere on "the official United Nations website".

This is a laughing stock for newbie journalists. A statement to the press (either oral or written) by a spokesperson does not need to be published on any "official site" to reflect the position, this time very official, of the organization from which it emanates.

Indeed, if there is a lie combined with a flagrant distortion of facts and a bad faith pushed to its paroxysm, it is on the part of the APS. The latter claims with a face, as bold as brass, that the deputy spokesman of the UN Chief would have "answered a written question by a journalist on Guerguerat" and that in his reply he simply called on "all actors to show maximum restraint to defuse any tension".

First, the question on the situation in Guerguerat was indeed asked live during the daily press briefing of the spokesperson of the UN Secretary-General on September 24, as proven by the "official" transcript of this press conference, published on the "official" site of the United Nations.

Second, the deputy spokesman of the UN chief later answered the same question through a press statement quoted by MAP and other international media outlets. Moreover, the Moroccan News Agency was not the first to relay the content of the UN statement on Guerguerat.

Third, the statement of the UN spokesman was very clear on the position of this organization and its Secretary-General in reaction to the posturing of the Polisario and its relays in the region. These maneuvers are repeated ahead of each important event concerning the Moroccan Sahara issue.

The UN is "aware of the calls" of the Polisario separatists for "new demonstrations" in Guerguerat aimed at obstructing civil and commercial traffic, said Farhan Haq, deputy spokesman for UN Secretary-General, in this statement to the press that APS seems to have difficulty to find on the web.

"Regular civil and commercial traffic must not be obstructed and no measures must be taken which could constitute an alteration of the status quo of the buffer zone" of Guerguerat, the UN statement said.

Algeria and the Polisario are struggling to assimilate the clear and unequivocal message by the United Nations, a few weeks ahead of the renewal of the MINURSO mandate by the security council.

The reaction of the UN Secretary-General, through his spokesperson, is nothing new. Antonio Guterres had also demanded, on January 11, "the maintenance of regular civil and commercial traffic" in Guergarat and called for refraining from any action likely to alter the status quo in this buffer zone, when the Polisario threatened to obstruct the passage of the "Africa Eco Race" rally between Morocco and Mauritania.

The message of the United Nations Secretariat could not be clearer on the matter.

An Italian proverb says "Lie has short legs". It undeniably resembles the short memory of the Polisario and its Algerian mentor!