Polisario Blacklisted by UN SG for its Violations of Military Agreements, Notably in Guergarat 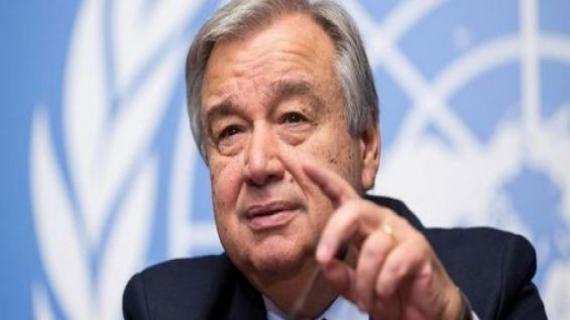 In his latest report on the Moroccan Sahara, UN Secretary-General Antonio Guterres alerted members of the Security Council, in a firm and determined manner, on the multiple violations of the ceasefire, military agreements and Security Council resolutions committed by the polisario.

During the period covered by the report, the UN chief highlighted a "significant deterioration in the polisario's military cooperation with MINURSO" and a dramatic increase in violations committed by the armed separatist group.

Indeed, the Secretary General noted 57 major violations by the separatists, as well as more than 1,000 individual violations. These figures are unprecedented in the annals of the United Nations. In addition to their number, the seriousness of these violations is also unprecedented.

Also, the UN Secretary General listed the multiple incursions of the separatists into the buffer zone, the numerous restrictions imposed on the freedom of movement of MINURSO military observers to prohibit them from observing and reporting to the Secretary General and the Security Council its multiple violations in the zone east of the security structure, and the continued illegal construction of military buildings in this zone.

The violations of the polisario have reached such a serious level that the report of the Secretary General denounces the separatist movement for having prohibited the UN Mine Action Service from carrying out demining activities in the eastern part of the security structure, which seriously endangers the lives and safety of MINURSO military observers who patrol this area to monitor compliance with the ceasefire and the Military Agreements and to record violations of the polisario.

This attitude clearly demonstrates the disarray of the mercenaries of the polisario, pushed back in their last entrenchments, and this in particular thanks to the credibility and the conformity of the Moroccan position with the international legality and the UN process.

The UN chief also highlighted the violations by the polisario of Security Council resolutions 2414, 2440, 2468 and 2494, by which the UN executive body orders the separatist group to refrain from transferring any civil or military structure in the area east of the security mechanism in the Moroccan Sahara.

The Secretary General also referred to the violations and provocations by the polisario as well as its supporters in the buffer zone of Guergarat, by maintaining the presence of armed elements and blocking the passage between Morocco and Mauritania. These violations constitute a challenge to the authority of the Secretary General, who has repeatedly, including on September 27, 2020, enjoined the polisario to respect the free movement of goods and persons in the Guergarat zone.

In its resolutions 2414, 2440, 2468, and 2494, the Security Council expressed its concern about the presence of the separatist armed group in the buffer zone of Guergarat and demanded its immediate withdrawal.

The increase in the number and seriousness of these violations reconfirms polisario's disregard for international legality, the provisions of the ceasefire and the Military Agreements in force.

These destabilizing acts are also a clear and direct affront to the authority of the Security Council, which has repeatedly called to refrain from any destabilizing act east of the security structure in the Moroccan Sahara.

Given the magnitude of the violations by polisario, the Secretary General expressed "his concern about the non-compliance with the Military Agreements, which calls into question the arrangements that are the basis of the ceasefire. The Security Council has thus witnessed the grave actions of the polisario, which threaten the sustainability of the ceasefire. In addition, Guterres urged the polisario to "meet with MINURSO in order to quickly resolve the numerous violations of Military Agreement No. 1".

The Secretary-General's report fully supports the position of the Kingdom, which has consistently drawn the attention of the United Nations, MINURSO and the Security Council to the seriousness of the violations by polisario, an armed separatist group known for its proven links to terrorism in the Sahel. These actions threaten regional stability and seriously undermine the UN process.