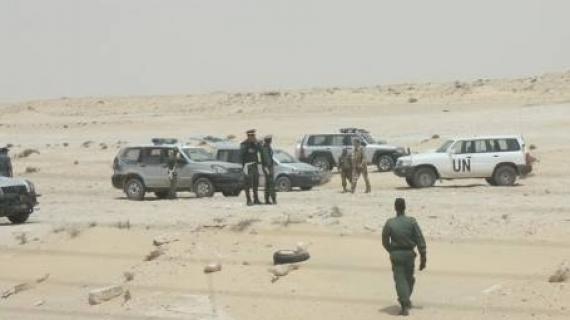 The United Nations Security Council reiterated on Friday its "concern" over the provocations and violations by the Polisario of military agreements in the Sahara, while calling on the separatist movement to respect its "commitments" made in this regard to the former Personal Envoy of the UN Secretary General, Horst Köhler.

In its resolution N° 2548, the Security Council reaffirms "the importance of fully respecting the provisions of these agreements in order to maintain the momentum of the political process in the Sahara", while taking note of the commitments provided by the Polisario to the former Envoy personnel to withdraw completely from Guerguerat and to refrain from any destabilizing and provocative act to the east of the defense system in the Moroccan Sahara.

The Council thus underlines that "the military agreements concluded with MINURSO regarding the cease-fire must be fully respected" and urges the Polisario to respect them fully and to honor the commitments it made to the former Personal Envoy and "to refrain from any action which could jeopardize the negotiations facilitated by the UN or destabilize the situation in the Sahara".

In its resolution N° 2414, adopted in April 2018, the Security Council expressed "concern" about the presence of the Polisario in the buffer zone of Guerguerat and called for "its immediate withdrawal". The Council had also expressed "concern" that the Polisario was planning to move so-called "administrative functions" to the east of the defense system and asked it to "refrain from engaging in such destabilizing acts".

In all the following resolutions, including the one adopted on Friday, the Security Council unequivocally orders the Polisario to immediately cease its destabilizing and provocative actions in Guerguerat and the eastern defense system in the Moroccan Sahara.

Since 2017, and no later than October 21, 2020, the UN Secretary General, through his spokesperson, has ordered the Polisario not to hinder civil and commercial traffic in Guerguerat and not to undertake any action that may alter the status quo on the ground.

Resolution N° 2548 therefore represents a clear and strict order from the Security Council to the Polisario to put an immediate end to its provocations in Guerguerat and in the east of the defense system in the Moroccan Sahara, which violate the ceasefire, military agreements, Security Council resolutions, threaten regional peace and security and undermine the UN political process.

The Security Council welcomed, in this resolution, the comments made by the UN Chief in his report of 23 September 2020 affirming that the situation in the Sahara remains calm, cutting short, again once, to the fallacious allegations of the separatists about the situation in the southern provinces of the Kingdom.