European television channel ARTE has exposed the fake news published by the Polisario Front to support the narrative of their alleged war against Morocco.

The Algeria-backed separatist group intensified its fake news after Morocco launched an operation on November 13 to lift a blockade in the Guerguerat crossing point, near the Moroccan-Mauritanian border.

The Polisario Front had blocked traffic between Morocco and Mauritania for over three weeks before Morocco acted and restored the flow of traffic.

After the Moroccan operation, the separatist group declared a “war” against Morocco and disseminated several videos and photos of its alleged attacks against the Moroccan army.

The videos and images, however, were either fabricated or taken during different armed conflicts in other regions of the world.

ARTE exposed some of the videos Polisario and Algeria’s media shared by providing the actual sources of the recordings.

“The Polisario Front attempted to portray the vigour of their military opposition to Rabat, even through borrowing some images that have no relation with [what is happening] or with the [Western Sahara] region,” ARTE’s program said..

ARTE illustrated Polisario’s fake news by analyzing some of the footage published on Facebook page “RASD PRESS,” which the “news agency” of the self-proclaimed Sahrawi Arab Democratic Republic (SADR) operates.

The television program revealed that the Algerian army provided three videos shared on the Facebook page between November 16 and November 19. The videos document Algerian military exercises that date back to April 2019, January 2020, and April 2020.

Contrary to what the Polisario Front claimed, the “attacks” are not recent and do not target Morocco. They are rather routine exercises by the Algerian army in Algeria.

ARTE’s program not only revealed the reality of the fake news the Polisario Front shares, but also Algeria’s involvement in the propaganda by providing confidential videos to nurture the separatist group’s claims of war against Morocco.

The “28 minutes” program also exposed a video shared on pro-Polisario media that shows military vehicles firing several rockets. ARTE was unable to identify the exact context of the footage, but it confirmed that the video was uploaded on Youtube in April 2018 and February 2019, denouncing Polisario’s claims that the footage is recent.

Besides the international coverage, Moroccan media have participated in a campaign to denounce Algeria and Polisario’s fake news and keep the public opinion well-informed about what is truly happening in Western Sahara. 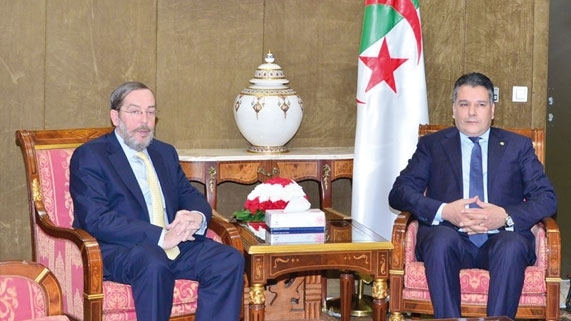