Morocco reaffirmed its attachment to the ceasefire, while reserving the right to react with "the greatest severity" against any threat to its security, said Minister of Foreign Affairs, International Cooperation and Moroccans Abroad Nasser Bourita.

"Morocco has reaffirmed its attachment to the ceasefire and to the political process, while reserving the right to react with the greatest severity and in self-defence against any threat to its security," said Bourita in an interview published Monday by the European bimonthly "The Parliament Magazine".

Asked about the impact of a possible collapse of the ceasefire agreement on regional stability, the minister recalled that since 2016, the "Polisario" militias have repeatedly carried out illegal acts, in particular the racketeering and banditry in the buffer zone of El Guerguarat and east of the defense wall, in violation of agreements and in blatant disregard of calls to order by the UN Secretary-General and the Security Council resolutions.

"Last month, these militias took the decision to further intensify their disregard for international law by blocking the movement of goods and people between Europe and West Africa, via Morocco in El Guerguarat," he said.

"Morocco has shown extreme restraint and is still exercising restraint, not out of weakness but rather because it is a responsible actor that promotes a multilateral and institutional way of dealing with issues of strategic importance to the region," he explained.

Noting that the great region of the Sahara and Sahel is facing a number of challenges (terrorism, organized crime and trafficking), he underlined Morocco's direct engagement with the UN Secretary General and members of the Security Council, "by seeking to put an end to the bellicose behavior of the Polisario militias.

After the failure of these attempts, Morocco decided to act within the framework of its rights and duties, underlined Bourita, specifying that this non-offensive operation, without any bellicose intention, was carried out according to clear rules of  engagement, to restore free movement.

This is important for Morocco which, under the leadership of His Majesty King Mohammed VI, has spared no effort to contribute to the stability and development in the Sahel, he underlined.

"The Kingdom has always advocated a multidimensional approach to face the multiple security, humanitarian and environmental challenges facing the Sahel region," he said.

The Kingdom of Morocco, which has strong and historical links with the countries of the Sahel, "considers that regional cooperation is particularly important for border management in the fight against terrorism and the protection of territorial integrity", he said.

"We have chosen to also focus our actions on the religious aspect, in particular through a complete training program for imams for the benefit of several partner countries in the Sahel and the promotion of moderate Sunni Islam", he added.

This approach to cooperation in religious matters has been widely welcomed by the international community and will serve as a model for religious cooperation with other countries in the region, he underlined. 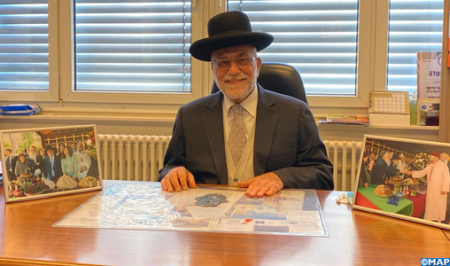