Morocco's peaceful intervention in El Guerguarat was a legitimate act in view of the blockage situation generated by the provocations of the Polisario militias in the buffer zone, said the Grand Rabbi of Geneva Izhak Dayan, who expressed his support for the initiatives of HM King Mohammed VI for the defense of the territorial integrity of the Kingdom.

"Does attempting to defend its territory, its property, its house, and especially when we speak of a national territory, constitutes an aggression, especially since the action carried out by Morocco was a peaceful one?" Dayan wondered in a statement to MAP, welcoming the spirit of restraint and wisdom shown by the Kingdom during this operation.

For Dayan, this action "can only be laudable, and it does honor Morocco and the Royal Armed Forces, under the leadership of HM King Mohammed VI".

The military actions and acts conducted by the Polisario, an armed movement in free fall on the diplomatic level in the Moroccan Sahara issue, constitute a threat to peace and risk to have dramatic consequences for the whole region, he added, welcoming the support given to Morocco at the regional, continental and international levels.

For Dayan, "the Sahara is Moroccan and will remain as such". It is an integral part of the Kingdom whose eternal motto is: God, the Motherland, The King," he said.

"As citizens of this great country, we reaffirm our support for His Majesty the King and condemn the provocations of the Polisario", he said.

The Grand Rabbi of Geneva highlighted the influence of Morocco, as a land of dialogue, coexistence, tolerance and peace, paying a heartfelt tribute to the leadership of HM the King, and expressing his sincere gratitude, esteem and admiration to the Sovereign. 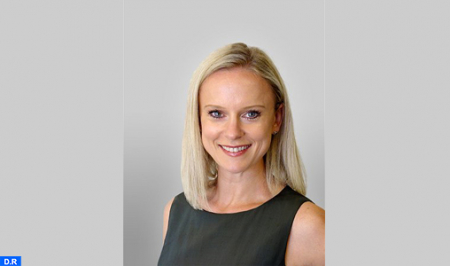