The Democratic Republic of Congo (DRC) on Saturday opened a Consulate General in Dakhla, the 9th diplomatic representation inaugurated in this city in less than a year.

The inauguration ceremony was presided over by the Minister of Foreign Affairs, African Cooperation and Moroccans abroad, Nasser Bourita and his counterpart of the Democratic Republic of Congo, Marie Tumba Nzeza.

Since the beginning of the year, the city of Dakhla has experienced a strong diplomatic momentum with the inauguration of the consulates of the Gambia, Guinea, Djibouti, Liberia, Burkina Faso, Guinea Bissau and Equatorial Guinea, in addition to Haiti, the first non-Arab and non-African country to open a Consulate in the Moroccan Sahara.

The opening of a Consulate General of the Democratic Republic of Congo (DRC) in Dakhla holds a significant political and diplomatic character, and gives concrete expression to the recognition of Morocco's full sovereignty over its Sahara, said, Saturday in Dakhla, State Minister and Minister for Foreign Affairs of the DRC, Marie Tumba Nzeza.

The Consulate General is intended to be an administrative framework that maintains the physical link with the Congolese community and a place of consultation and promotion of economic, trade, cultural and scientific relations, said Tumba Nzeza at a joint press briefing with Minister of Foreign Affairs, African Cooperation and Moroccans abroad, Nasser Bourita, following the inauguration of this diplomatic representation. 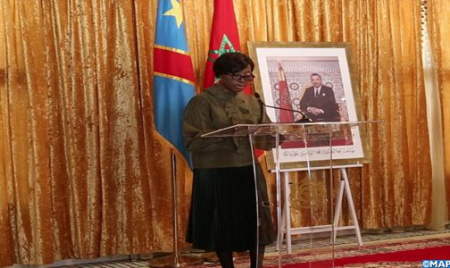 "There is a lot of potential in this region, and we very much hope that the state gesture we are making today is a good omen for a radiant and fruitful development between the two countries," she stated.

In this vein, DRC's top diplomat said that the opening of this consular post is actually a new stage in the historical and privileged relations between the Kingdom of Morocco and the Democratic Republic of Congo, as embodied in the entente and understanding between HM King Mohammed VI and His Excellency the President of the Democratic Republic of Congo, Felix Tshisekedi.

These ties have consolidated the relations of fraternity and friendship uniting the two countries and peoples since 1960, she said, reiterating the deep gratitude of the DRC people and president to HM the King for the medical assistance provided to help the Congolese protect themselves and effectively fight the coronavirus pandemic.

Faithful to its principles, "the DRC always rejected any inclination to balkanize African countries in general and the Kingdom of Morocco in particular," she went on, adding that in 1984, the DRC placed itself on the side of Morocco when the Kingdom decided to leave the Organization of African Unity.

"Our country did not hesitate for a single moment to follow Morocco's lead and distance itself from the continental organization, suspending its participation in its works for more than two years," Tumba Nzeza said.

In parallel to this support for Morocco's integrity and sovereignty over its Sahara, Morocco always showed steadfast solidarity with the DRC whenever its territorial integrity was also threatened, she said.

In that regard, Tumba Nzeza recalled the participation of Moroccan soldiers in UN peacekeeping operations in Congo in 1960, the intervention of Moroccan troops in Zaire (former name of the DRC) in 1977 and 1978 to help Zairian armed forces drive out the rebels who attacked the province of Katanga (then Shaba), as well as Morocco's contribution with a contingent to the United Nations Organization Mission in the Democratic Republic of Congo (MONUSCO).

The Foreign Minister thanked the Moroccan people, "whose sons have shed their blood, alongside their Congolese brothers, to defend the territorial integrity of the DRC," stressing that her country is and will be supporting the peace efforts undertaken by the Moroccan authorities in the Moroccan Sahara.

She also welcomed the recent US decision to recognize Morocco's sovereignty over its Sahara.

On this occasion, the Consul General of the Democratic Republic of Congo, Nestor Bamialy Wawa was installed in his functions.

Since the beginning of the year, the city of Dakhla has experienced strong diplomatic momentum with the inauguration of the consulates of the Gambia, Guinea, Djibouti, Liberia, Burkina Faso, Guinea Bissau and Equatorial Guinea, in addition to Haiti, the first non-Arab and non-African country to open a Consulate in the Moroccan Sahara. 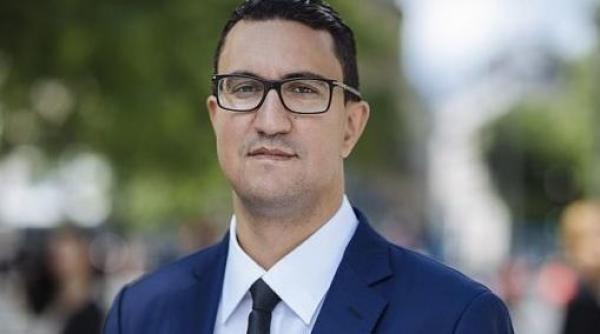 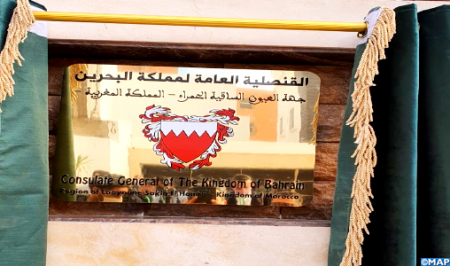