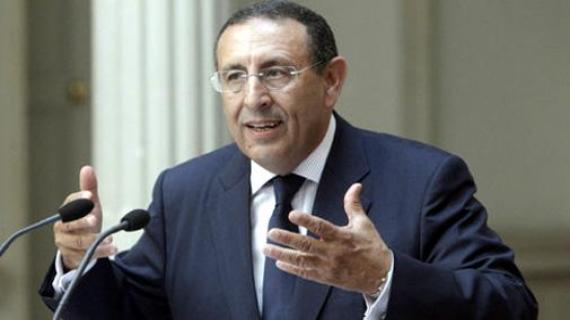 The exclusivity of the UN-led process aiming at achieving a political solution to the Moroccan Sahara issue cannot and should not be undermined by any action or initiative that would impede its expression, said on Wednesday Morocco's ambassador to South Africa, Youssef Amrani.

In an open letter sent to the South African Deputy Minister of International Relations and Cooperation, Ms Mashego-Dlamini, following her address at a webinar at the University of Limpopo in which she mentioned Morocco and the Sahara issue "in ways that unfortunately do not reflect the facts and truth," the diplomat recalled that the African Union (AU) has formally endorsed this requirement through its resolution 693 adopted at the level of African Heads of State at the African Union Summit in Nouakchott in July 2018.

"The Security Council Resolution 690 to which you referred was a major turning point in the initiation of a UN process, which over the years has resulted in a commonly accepted observation: the inapplicability of the referendum and the sole relevance of a sustainable, realistic, pragmatic political solution based on compromise," Amrani pointed out.

The ambassador underlined in this regard that Morocco has always been at the forefront of providing support to its African brothers and friends in their struggle for independence.

"South Africa has witnessed this in the most concrete way and, as the late President Nelson Mandela himself proclaimed, the financial, military and political support of the Kingdom of Morocco was decisive in shaping the successful paths taken by the anti-colonial and anti-apartheid struggles," he recalled.

"Morocco cannot be falsely accused of the same evil, which it has fought in the first place with all its strength and determination," the diplomat said.

The so-called recognition of the so-called SADR by the OAU is not the result of any African decision or will, but rather a "clear violation of the Constitutive Charter of our Institution," he pointed out.

"Without any vote or procedure, the so-called SADR has forced its way into the organisation through political manipulations that do not honour international legality or the principle of African unity."

The pan-African impetus and genesis of the OAU cannot be reduced to the sole event of the launch of the OAU in 1963, he said, adding that the creation of the OAU is the crowning achievement of a long process of solidarity, union and fraternity carried out by African leaders who are the founding fathers of the institution.

"Years before the inauguration of the OAU in 1963, these founding fathers met in 1960 in Casablanca at the invitation of Morocco and under the leadership of His Majesty Mohammed V."

Amrani stressed that if there is a place where politics must bow to scientific accuracy, it is on the benches of universities, "where our youth are building their critical minds beyond judgemental approaches."

"I have always believed that the commitments of our two countries should and must be consistent to promote mutual respect and understanding," the ambassador said.

"The responsibilities incumbent upon us goes far beyond short-sighted political views. Rabat and Pretoria have a common destiny because they have a shared African identity, a history to honour and a future to build," the diplomat concluded.