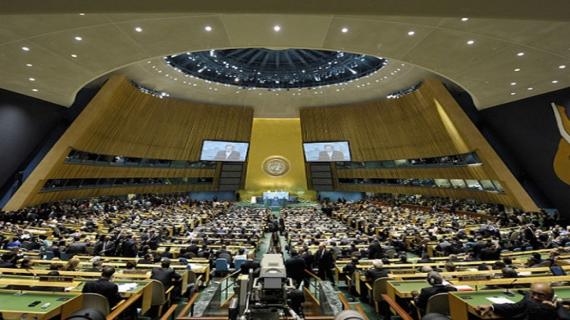 On the occasion of the UN C-24 held in New York, several petitioners drew the attention of the members of this body to the "disastrous situation" of human rights in the Tindouf camps, where the militias of the polisario commit crimes and flagrant violations with impunity.

Speaking on this occasion, Touria Hmyen from the "Association for the Freedom of Women Captive in the Tindouf camps" highlighted "the appalling conditions" of the population held in these camps, whom "are denied international protection for the full enjoyment of their rights."

"It is very important to recall that the "polisario" has been delegated, by the host country, the authority over part of its territory, in violation of the 1951 Convention relating to the Status of Refugees and its 1967 Protocol" as well as other international human rights instruments, she stressed.

Hmyen regretted that this exceptional situation under international humanitarian law allows the "polisario" to perpetrate systematic violations of human rights in the camps of Tindouf and to suppress any protest to its alleged legitimacy, denouncing the arbitrary detentions, abductions, and torture perpetrated in these camps.

For his part, Mohamed El Issaoui, from the "Organization for Ending Human Rights Violations in the Tindouf camps", denounced the enlistment of children from these camps in the armed militias of the Polisario in violation of human rights principles.

"Polisario mercenaries exploit the most vulnerable people, such as child soldiers, abuse their innocence through propaganda and indoctrination campaigns and separate them from their parents," he regretted.

"What future awaits these children, victims of the polisario, who have been indoctrinated and trained as soldiers from the age of 5 and 6? How will they overcome the psychological suffering, post-traumatic stress, depression, and anxiety?" he wondered before the Committee members.

The petitioner warned the C-24 that the Tindouf camps have become a hub of arm trafficking to the Sahel and of support for terrorist groups, adding that the polisario adheres to "a dynamic of radicalization within the network of armed terrorist groups in the Sahel-Saharan region."

Similar to non-state armed actors, the polisario has members who have created terrorist organizations or joined existing terrorist groups, making it "one of the main threats to security in the Sahel-Saharan strip and the Mediterranean, and an imminent danger to the entire region," the petitioner warned.

Khalid Bendriss of the "Association for the Support to the Moroccan Autonomy Initiative" criticized the lack of census of the populations in the Tindouf camps for nearly half a century.

The Tindouf camps remain a peculiar exception and an atypical case in the humanitarian world," he noted, recalling that a UNHCR census and registration of the population of these camps has never been conducted.

According to Bendriss, this situation has been perpetuated by the refusal of a UNHCR-led census of the people held captive in the Tindouf camps, in defiance of the resolutions adopted by the Security Council.