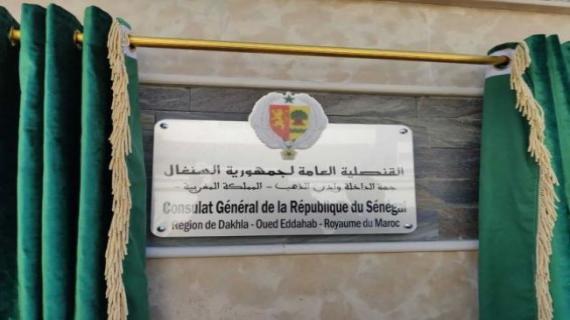 President Macky Sall of Senegal has appointed Babou Sene as the country’s Consul General in Dakhla.

The announcement of Babou Sene’s appointment as Consul General in Dakhla was made during the Council of Ministers held Wednesday in Dakar under the chairmanship of Macky Sall.

The Senegalese Head of State also appointed during this Council Youssoupha Diop, new Consul General in Casablanca, in replacement of Massamba Sarr, the Senegalese Presidency said in a statement.

Senegal inaugurated its Consulate General in Dakhla last April in the presence of Senegalese Foreign Minister Aïssata Tall Sall, who had then described the opening of the consular representation as a living symbol of the excellence of the age-old relations between Rabat and Dakar.

The Senegalese top diplomat had noted that the opening of her country’s consular representation in the Moroccan Sahara reflects the willingness to go further in strengthening bilateral ties as well as “the ambition that the two states have long nurtured for Africa.”

This is also about “adding another stone to the edifice that the elders have built,” the Senegalese FM said, underlining that the city of Dakhla embodies “this spirit of openness” that has always characterized Morocco’s policy towards Africa and particularly Senegal.

The Consulate General will facilitate access to administrative services for Senegalese living in the region.