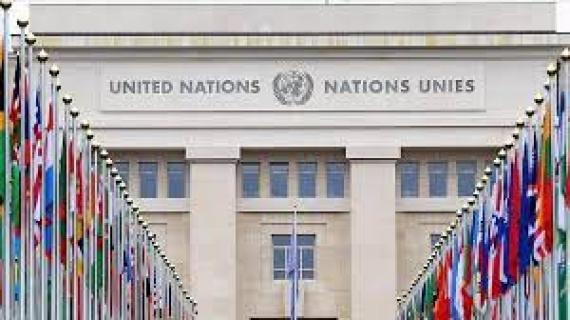 The “Independent Commission for Human Rights” and “Africa Culture International” organized in Geneva on Wednesday September 22, a conference on “Violations of human rights in Tindouf Camps” on the sidelines of the ongoing 48th session of the Human Rights Council.

Several international human rights activists and representatives of civil society took part in the conference that was also attended by victims of the violations perpetrated by the Polisario, with the complicity of the Algerian military intelligence services.

These moving testimonies unveiled before the conference the systematic violations suffered by the inhabitants of the Tindouf camps, under the passive eye of Algerian authorities, including enforced disappearances, extrajudicial killings, the diversion of humanitarian aid, rape, torture, and all forms of other serious violations.

The president of the Sahrawi association against impunity in the Tindouf camps, Mrs. Lemaadla Mohamed Salem El-Koury denounced the enforced disappearances and the violations committed by the armed militias of the Polisario in the Tindouf camps, stressing the full responsibility of the Algerian State in all these crimes perpetrated on its territory.

Ms. Lemaadla El Khoury, herself daughter of one of the victims of the enforced disappearance in the Tindouf camps condemned the impunity enjoyed by the torturers and the perpetrators of serious human rights violations and acts of kidnapping in the separatist camps of the Polisario.

She indicated that her association has so far identified 134 cases of missing persons among the hundreds of Sahrawis who have been kidnapped and tortured to death by the Polisario in collusion with the Algerian intelligence services in secret detention centers, in particular in the prisons of Errachid and Dhaybiya near the camps of Tindouf.

Khadijatou Mahmoud, who had been raped by Brahim Ghali, the current leader of the Polisario, when he was the front’s representative in Algiers, told the conference that this criminal is guilty of other rapes of women refugees in the Tindouf camp.

For her part, Nour Bouhanana, president of the “NEW GENERATION for Human Development” foundation, expressed her deep concern about the recruitment and massive enlistment of child soldiers in the Polisario front militias.

Participants in the Conference addressed recommendations to the various international mechanisms in Geneva concerning the human rights situation in the Tindouf Camps and launched a call on the Human Rights Council and the international community to put pressure on Algeria to force it end these serious violations of the rights of the population of the Tindouf camps.