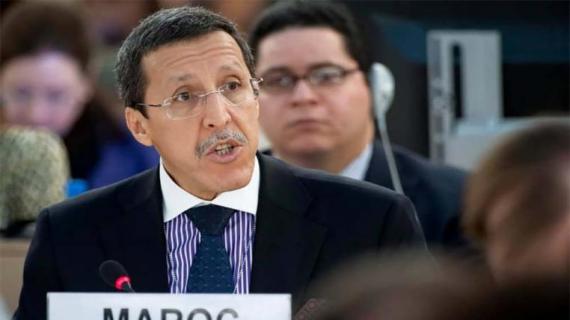 Algeria is the real party in the Sahara conflict and has been using the Polisario separatist militias to serve its regional hegemonic agenda, Morocco’s permanent representative to the UN Omar Hilale said, adding that there would be no process.

Hilale was speaking at C24 regional seminar held in Parish of St. John, Dominica, in response to claims by Algerian representative to the UN that his country was not a party to the Sahara conflict.

In response, Hilale branded evidence showing the historical, political, diplomatic and military role of Algeria in creating the Polisario militias and nurturing their separatist chimera.

Algeria has spent its tax-payers’ money since the 1970s to arm, finance and sponsor diplomatically the separatists at the expense of the Algerian people, said Hilale.

Algeria has also attacked Morocco in the Sahara in support of its Polisario puppets in two battles known as Amgala during which hundreds of Algerian soldiers were captured and later returned to their country, he said.

It is upon orders of Algeria that the Polisario declared the end of the ceasefire and from Algerian territories armed men departed to block Morocco’s border crossing with Mauritania for three weeks, in November last year, Hilale recalled.

Algeria revealed publicly its agenda in 2001, where outgoing president Bouteflika urged a partitioning of the Sahara territory in a proposal to former UN envoy James Baker.

In this respect, Hilale cited UN resolutions including resolution 2548 of October 2020 which cited Algeria five times as a party to the Sahara political process.

Algerian foreign ministers have taken part in the two round tables in Geneva in 2018 and 2019, said Hilale, warning that “if Algeria insists on its denial after the relaunch of the political process, which we hope will be in next weeks, and if Algeria does not take its place in the round table, there would be no political process.”

Hilale also shed light on the human rights violations suffered by the people held against their will in the Tindouf camps where children as young as 10 endure conscription and are given arms instead of proper education.