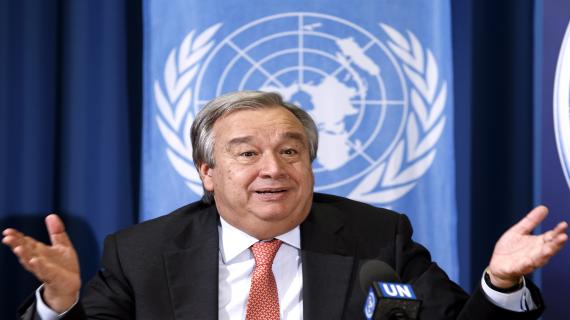 Algeria, which shirks its responsibilities in the Moroccan Sahara issue, was cited no less than 14 times in this report.

The UN Secretary General stressed, in fact, that Algeria has a vital role in the search for a political solution to the Sahara issue, which leaves no doubt, if any, as to the obligations of this country, as a stakeholder in the regional dispute over the Moroccan Sahara.

Guterres, thus, called on Algeria to resume its place around the round-table meeting, as soon as the political process resumes, and this in order to achieve a realistic, pragmatic, sustainable and compromise political solution to the issue of the Moroccan Sahara, in accordance with the Security Council resolutions, adopted since 2018. In this way, Algeria would no longer be able to play the game of pretending to be a concerned State or presenting itself as a neighboring or observer State.

The UN Secretary General's call to Algeria to engage in the round-table meeting process reinforces Morocco's position in this context. It is in perfect symbiosis with the resolutions of the Security Council, which identify Algeria as a party to this artificial dispute, and therefore obliged to get involved in the UN political process, under the auspices of the UN Secretary General, aimed at resolving the issue of the Moroccan Sahara.

The resolutions, like those adopted by the Security Council since 2007, also enshrine the pre-eminence of the autonomy initiative as a serious and credible solution to the dispute over the Moroccan Sahara issue.