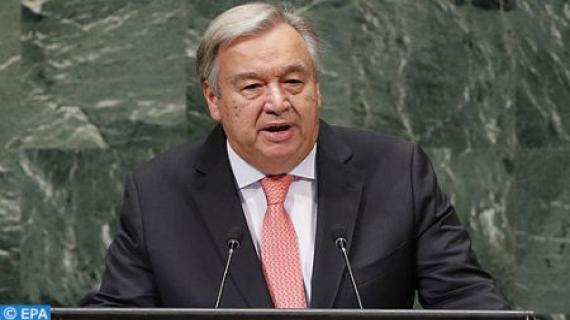 Guterres said that on August 24, 2021, Algeria announced the severance of its relations with Morocco, adding that on the same day, the Moroccan Ministry of Foreign Affairs issued a statement, taking note of the unilateral decision of the Algerian authorities, to sever diplomatic relations with Morocco, and regretting this completely unjustified decision.

In this regard, the UN Secretary-General expresses, in his report, his concern about the deterioration of relations between Morocco and Algeria, which may have an impact on the political process aimed at resolving the regional dispute over the Moroccan Sahara.

In this context, Guterres encouraged the two neighboring countries to find a way forward to repair their relations, including in support of regional cooperation, peace and security in the region, a position that Morocco has always advocated, in the face of the belligerent approach of the Algerian authorities who refuse both the outstretched hand of Morocco and any mediation.

The spokesman of the UN Secretary General had commented on this unilateral decision of Algeria twice, encouraging the two neighboring countries to resolve their differences through dialogue.