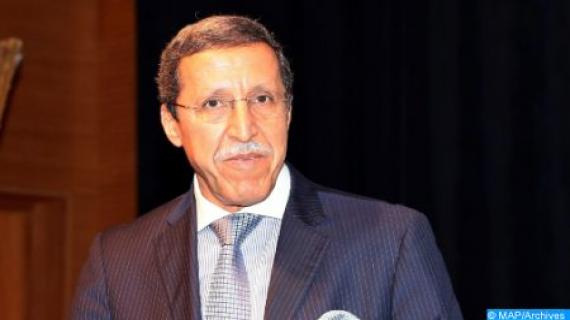 "The participation of Algeria in the political process as the real party responsible for the creation and maintenance of this regional dispute is the only way to reach the sought political solution," said Hilale, who reacted to the provocative remarks of the Algerian Prime Minister at the high-level commemorative ceremony for the 60th anniversary of the Non-Aligned Movement.

Algeria is thus "called upon to assume its full historical responsibility and to abandon obsolete and buried options, and to fully engage in the roundtable process in a spirit of realism and consensus", underlined Hilale.

After noting that the prevention of conflicts and the peaceful settlement of disputes remain the cornerstone of the Non-Aligned Movement to face the challenges of international peace and security, he stressed that “the Kingdom, on the basis of this principle, has always worked for a peaceful settlement of the artificial regional dispute over the Moroccan Sahara, under the exclusive auspices of the United Nations and with full respect for its territorial integrity and within the framework of its national sovereignty.”

In this regard, he recalled that the resolutions of the Security Council gave an impetus to the political process of the round tables with a view of achieving a realistic, pragmatic, lasting political solution based on compromise to this artificial conflict, adding that “the autonomy initiative within the framework of the sovereignty and territorial integrity of Morocco remains the only possible solution to this dispute”.

In addition, the diplomat deplored "the catastrophic humanitarian situation prevailing in the Tindouf camps, where Algeria abandoned its international responsibilities towards this population to an armed separatist group, in flagrant violation of the rules of international humanitarian law”.

In this regard, he called on the international community to act to oblige the host country, Algeria, to allow the High Commissioner for Refugees to hold a census of the population in the Tindouf camps and to put an end to the systematic diversion of humanitarian aid intended for these populations held against their will in these camps for more than 45 years, and which suffer on a daily basis from the worst violations of their fundamental rights”.