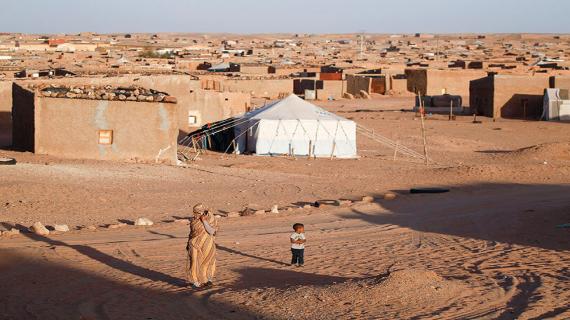 In this report, Guterres stressed that the Human Rights Council's special procedures have transmitted a communication about the extrajudicial killings of two Sahrawis in the Tindouf camps by Algerian security forces in a mining site near the "Dakhla camp" in Tindouf (southwestern Algeria) in October 2020.

In this regard, the UN Secretary-General highlighted UN experts' communication on this incident, including the Special Rapporteurs on the human rights of migrants, on extrajudicial, summary or arbitrary executions, and on torture and other cruel, inhuman or degrading treatment of punishment.

These UN Rapporteurs all expressed grave concern over the extrajudicial killings of two Sahrawis in the Tindouf camps by Algerian security forces in a mining site to the south of Auinet Balakraa in Tindouf.

They underlined that the Algerian military patrol set fire to the mining ditch, where the two victims were, and left the place without caring about their fate. No investigation has been opened into the circumstances of this incident and the perpetrators have not been prosecuted.

In addition, the UN experts stressed that these crimes are part of a more general trend of the systematic violations committed by the Algerian security forces against the populations held against their will in the Tindouf camps.

They have also slammed the repression and discriminatory practices against these populations, which further increased during the COVID-19 pandemic in the Tindouf camps.

These human rights experts added that the families of the victims do not dare to report these violations to the Algerian authorities for fear of reprisals, leaving these detained populations at risk of abuse by Algerian security forces without legal action.