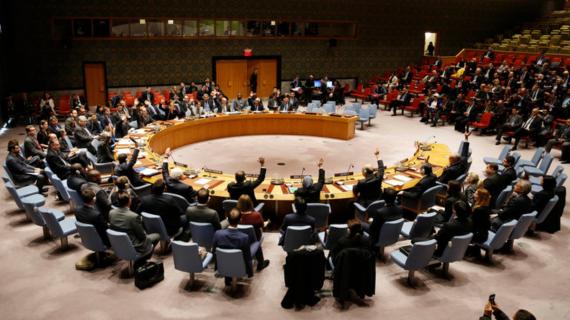 Diplomatic sources stated that discussions were held in a serene, calm and dispassionate atmosphere, marked by general optimism that the round-table process will resume soon following the recent appointment of Mr. Staffan de Mistura as UN Secretary-General's Personal Envoy for the Moroccan Sahara.

UNSC members called upon de Mistura to resume the political process where his predecessor left off as soon as possible. In this regard, the UNSC's latest resolutions have established round-tables with the participation of Morocco, Algeria, Mauritania and the "polisario" as the only framework to achieve a political, realistic, pragmatic, sustainable and compromise solution to this regional dispute.

During these consultations, the Autonomy Plan, proposed by Morocco in 2007, was once again considered a serious and credible proposal to reach a solution to this dispute.

Several member states welcomed Morocco's continued commitment to the cease-fire, as well as its full cooperation with MINURSO in the implementation of its cease-fire monitoring mandate, expressing, as did the UN Chief in his last report, their appreciation for Morocco's vaccination of MINURSO personnel against Covid-19.

Interacting with the UN Secretary-General's recommendations, Security Council members called for the lifting of all restrictions imposed by the "polisario" on MINURSO in the east side of the Defense Facility.

Some members noted that low-intensity hostilities, previously mentioned in the UN Secretary-General's report, have greatly diminished and that calm prevails in the Sahara, urging the "polisario" to fully respect the cease-fire.

Finally, UNSC members expressed their concern over the deteriorating humanitarian situation in the Tindouf camps, exacerbated by the COVID-19 pandemic.

This situation is caused by Algeria's failure to assume its international responsibilities by ceding its sovereignty over part of its territory to a separatist armed group that has neither the capacity nor the quality, let alone the expertise, to manage a pandemic.