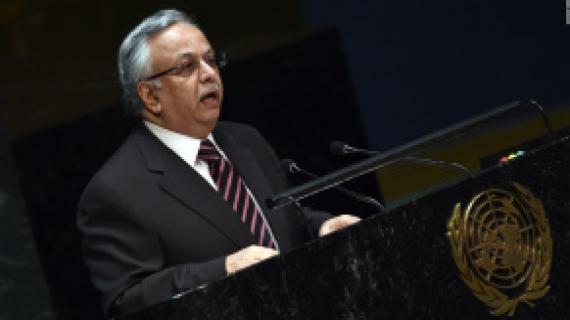 PRINTThe military junta ruling Algeria made their country once again look like a rogue state that does not respect state sovereignty and threatens to retaliate from Gulf countries that supported Morocco’s sovereignty over the Sahara region.

Saudi Arabia and Qatar have openly supported at the UN Morocco’s sovereignty and UN efforts to find a lasting, peaceful and mutually acceptable solution to the conflict while lauding Morocco’s autonomy initiative for the region.

Nowhere had the two countries mentioned Algeria. Yet, the reaction of the aging regime in Algeria was hysterical and hostile to say the least.

Algerian media, mostly like by generals instead of editors in chief, have unleashed their hatred towards Gulf countries accusing Saudi Arabia and Qatar of sowing instability in the region.

Echourouk, owned by brutal general Khaled Nezzar, described the pro-Moroccan statements by Saudi representative to the UN as a “casus belli.”

The reaction of the Algerian regime shows the detrimental role it plays to perpetuate the Sahara conflict and vindicates Morocco’s call for Algeria to sit at the negotiation table as the genuine party to the conflict.

Algiers chief propagandist, Amar Bellani, whom Algeria self-appointed as “Sahara special envoy” has expressed the rogue state character of his regime by vowing not to take part in the round tables kicked off by the outgoing Special Envoy Horst Kohler to bring views closer on the conflict.

Bellani told the Algerian news agency that round tables are outdated, hinting that Algeria wants war because it has already taken a position in support of separatism in the region and did not wait for the outcome of negotiations.

Algeria’s anti-political solution statements indicate that the Algerian regime is sensing a rebuke in the upcoming Security Resolution which-according to leaks – insists on Algeria’s participation in the round tables, calls for a census of the people held in the Polisario-run camps, urges a return to a ceasefire violated by separatists and highlights the pre-eminence of Morocco’s autonomy initiative as a basis for a political solution.

As its isolation increases internationally and its crisis sharpens domestically, the Algerian regime is losing ground acting more like a rogue state waving the card of war and ready to export instability in the region and beyond on the footsteps of its ally Iran and Hezbollah.