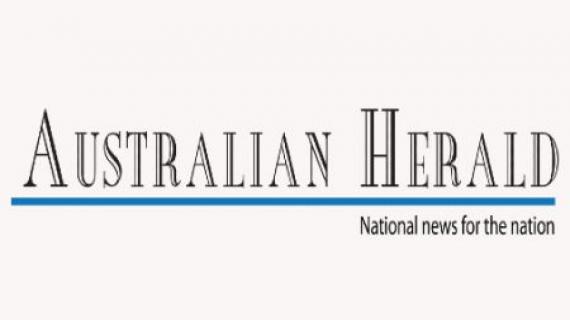 Hundreds of parliamentarians, former ministers of foreign affairs, experts, academics, scholars, and prominent political figures from Rwanda, Kenya, Comoros Islands, Burundi, Tanzania, Uganda, Ghana, Mozambique and South Africa, among others, joined their voice to call attention to the imperative need to expel the non-state entity so-called sahrawi arab democratic republic (sadr) established by the algerian-backed group of polisario, the daily said in an article under the title "Prominent African personalities call for expelling the non-state entity 'sadr' from the African Union".

The consensus came among participants during a regional Seminar co-organized by the Institute of Peace and Conflict Studies (IPCS) and the Tanzania Peace Foundation (TPF), in Tanzania, to discuss how the resolution of the Sahara issue can strengthen the stability and integration of Africa, it recalled.

The participants qualified the admission of the sadr within the Organization of the African Unity (OAU) in 1982 - currently known as African Union (AU) - as "heavy historical error". In fact, the discussions proved that the admission of the armed group of the polisario was illegal by all means and never met the legal requirements of the Pan-African organisation, the Australian outlet added.

Therefore, the presence of the "sadr" within the AU constitutes a serious violation of international law as the latter lack sovereignty and independence to meet the article 4 of the continental organisation, it noted.

Participants were all unanimous that the expulsion of this non legitimate entity from the pan-African organization would substantially contribute to the settlement of this artificial dispute over the Moroccan Sahara and correct this historical error to enable the recovery of the African Union's impartiality and credibility towards the Sahara issue, the daily wrote.

In this sense, they have also underlined the urgency of finding a realistic and final solution to this artificial dispute. To this end, the Moroccan autonomy initiative remains the unique and viable solution, recalling that this initiative has been described by the UN Security Council, in all its resolutions since 2007, as "serious and credible", it highlighted.

Referring to the opening of numerous diplomatic representations in Morocco's southern provinces (Dakhla and Laayoune), a large group of participants in this seminar, underlined that this positive dynamic reflects the ambition of African countries to put an end to the divisions that hinder the development of the Continent and to achieve the Africa's priorities, in particular the implementation of the African Common Free Trade Area (AfCFTA) and the objectives of the AU Agenda 2063, the newspaper recalled.

The participants also praised Morocco's continental leadership as well as the various initiatives taken in the direction of the socio-economic development of the Sahara, in particular the large-scale projects and infrastructures set up within the framework of the new development model for the southern provinces, launched by HM King Mohammed VI.

While looking at the incomprehensive behavior of Morocco's eastern neighbour regarding the issue, participants regretted Algeria's unilateral decision to sever diplomatic ties with Morocco and rejection of any political process aiming at finding a just solution based on dialogue and compromise, the daily noted.

A solution that requires, according to the speakers, a "strong political will" of the parties, stressing that such political will has clearly been demonstrated by Morocco, it recalled.

The daily also highlighted the seminar held in the Congolese capital and organized by the Public Affairs Cabinet (BM Patners), under the theme "The African Union in the light of the Sahara issue: how to move from a dynamic failure to a final solution serving African unity ", during which the participants stressed that the artificial conflict over the Moroccan Sahara continues to undermine Africa's stability, peace and security, as well as its economic, sub-regional and continental integration.

Taking the example of the blockade created by the "Polisario" militias in Guerguerat, in October-November 2020, the speakers stigmatized this "act of piracy" as a violation of the 1991 ceasefire; a violation also noted by the Secretary General of the United Nations in his last Report on the Sahara.

The speakers also examined the solutions available to the African Union to regain its impartiality on the issue of the Moroccan Sahara while insisting on the particular circumstances characterizing the admission of the "sadr" within the OAU.

Insisting on the content of decision 693, taken on the occasion of the Nouakchott Summit of July 2018, which enshrined the exclusive role of the United Nations Security Council in the treatment of the Sahara issue, the experts invited African States and the AU to go beyond these achievements and show more pragmatism, while calling for examining the path of the expulsion of the "sadr" as a necessity in order to consolidate the unity of the continent and protect it from divisions.

They also insisted on the need for the Pan-African organization to follow the path of the majority of African States and international community, and all regional and multilateral organizations, including the United Nations, by no longer recognizing the "sadr" as a member and therefore expelling him from its ranks.

The participants also underlined that the Moroccan autonomy proposal, considered as the "just, credible, sincere political solution based on compromise", represent a "peaceful solution" based on inclusiveness, respect for the cultural specificities of the population and a bulwark against terrorism and secessionism, a real scourge threatening the stability of the Sahelo-Saharan region, the daily wrote.

"Today, voices are being raised all over Africa to correct the course of history. Africa needs more and more serenity and wisdom to meet the challenges of development", it noted.

"Africa's awakening has begun. The African continent can succeed if ideological passions disappeared, giving way to pragmatism and rationality," the daily concluded.