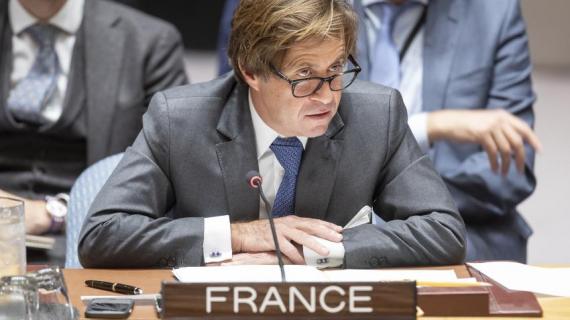 "France considers the Moroccan autonomy plan of 2007 as a serious and credible basis" for the settlement of this dispute, said the Permanent Representative of France to the UN, Nicolas de Rivière before the members of the Security Council following the adoption of resolution 2602 extending for one year the mandate of MINURSO.

While calling for "respect for the ceasefire", France stressed the "essential role" of MINURSO "to limit the risk of escalation and for the stability of the region".

France also expressed its full support to the new Personal Envoy of the Secretary-General for the Sahara, Staffan de Mistura.

"The resolution we have just adopted reaffirms the Council's support for the political process that must be relaunched in the framework of the United Nations. Its assumption of office on November 1 must allow for a just, lasting and mutually acceptable political solution in accordance with the resolutions of this Council," said the French representative.