UN/Sahara: Algeria Clings to Past While Security Council Looks to Future (Diplomat) 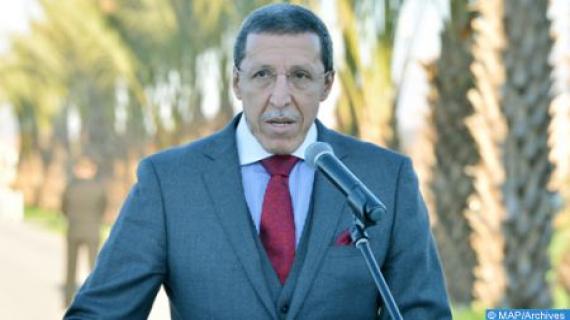 Speaking before the 4th Committee of the UN General Assembly, Hilale noted that Algeria "has serenaded the Committee (4th) with its endless selective reading of the Declaration 1514 in a vain attempt to mislead the members of the 4th Committee," stating that this declaration, which is a soft law or declaratory resolution, is not limited only to enacting the principle of self-determination.

"On the contrary, its authors have included legal barriers to this principle, by codifying in its paragraph 6, the imperative of respect and preservation of national unity and territorial integrity of nations. Which are rights and principles already enshrined for centuries, both in treaties between States, as in multilateral agreements, including the Charter of the United Nations," said the Moroccan diplomat.

In this regard, he pointed out that the implementation of any legal principle, whether domestic or international, requires the adoption of implementing provisions, noting that this is the case of 1514, whose implementation modalities were codified in resolution 1541, twenty-four hours after its adoption by the General Assembly.

"Moreover, these implementing provisions were supplemented and updated, 10 years later, by Declaration 2625, which also emphasized respect for territorial integrity and the obligation of States to refrain from the threat or use of force against the territorial integrity of other States," added the ambassador.

He further recalled that this declaration reiterates the duty of each member State to "refrain from organizing or encouraging the organization of irregular forces or armed bands, including bands of mercenaries, with a view to incursions into the territory of another State."

"These are so many provisions of international law that the member States of the United Nations, in their great wisdom, were keen to put in place to protect States against any piecemeal interpretation or abuse of the 1514,” the ambassador stressed.\p;/