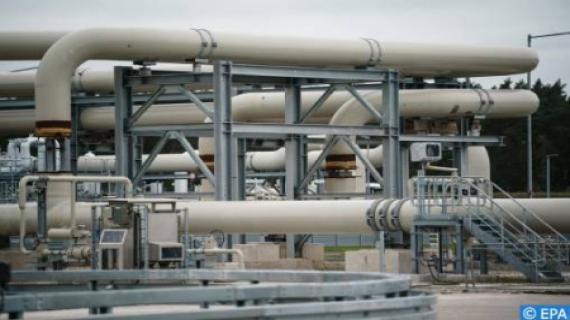 "At the end of August 2021, Algeria severed its diplomatic relations with Morocco, then in September the Algerian airspace was banned for Moroccan planes, the non-renewal of the contract under which Algeria supplied Spain and Portugal with gas through a pipeline passing through the Kingdom of Morocco decided by the Algerian regime on October 31 is a new step in an escalation which can only be explained by the disastrous situation of the Algerian regime in the face of an increasingly hostile public opinion,” underlines the Observatory in an analysis signed by its Director General Charles Saint-Prot, published by the “Theatrum-Belli” website.

According to the French expert, the economic and social crisis in Algeria will be “accentuated” by the “irrational” decision of the Algerian regime, which will further promote immigration to Europe, in particular to Spain or Italy, noting that the Algerian people are seeing a windfall of 13 million cubic meters fly off to Europe while they are living through increasingly difficult days.

In addition to the Algerian population, says Saint-Prot, “it is indeed a good part of the European nations which will pay the price of the decision of Algiers”, because believing to target Morocco, the closing of the gas pipeline Maghreb-Europe constitutes a “Serious threat” to the energy supply of the western part of the European continent and to the citizens of the various European countries at a time when prices are rising.

Recalling that the Algerian decision will have only an insignificant impact on the performance of the Moroccan electricity system, insofar as Morocco has an electricity production capacity which largely covers its needs, the French expert considers that “in reality, the Algerian regime is like a chicken whose head has been cut off: it runs in all directions without knowing where it is going”.

“It hates the Kingdom of Morocco and France because they are more than millennial nations while Algeria was born in 1962 and, after an atrocious civil war, the regime founded a pale legitimacy on an anti-Moroccan position which pleased its friends from the Communist bloc who dreamed, to use Lenin's words, of turning Europe through Africa”, notes Mr. Saint-Prot.

Recalling that Algeria and the Eastern bloc “artificially created”, in 1975, the conflict over the Moroccan Sahara by fuelling the fiction of separatism, the French expert notes that the crisis rebounded after the recognition by the United States of Moroccan sovereignty over the Moroccan Sahara, the multiple Algerian diplomatic setbacks in Africa and a series of UN resolutions unfavorable to Algiers and its separatist minions.