Decolonization of Moroccan Sahara has 'Irreversibly' Ended in 1975 (Ambassador) 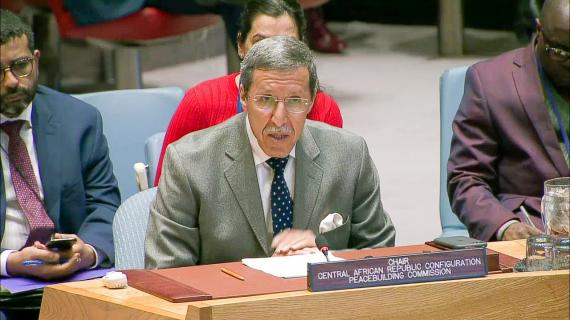 Hilale underlined that the continuation of the examination of the Moroccan Sahara issue by this Committee is “anachronistic”, “because the decolonization of this part of Morocco was already definitively completed in 1975, following the signing of the Madrid Agreement, on November 14, 1975, with the former colonial power, Spain, in accordance with Article 33 of the United Nations Charter”.

In this regard, he stressed that this Agreement was duly registered with the UN SG on November 18, 1975, and validated by the General Assembly of the United Nations, in its resolution 3458B, of December 10, 1975.

“This agreement fully meets the demands of the General Assembly, which calls for a political and negotiated solution between the colonial power - Spain - and the party entitled - Morocco -. This gives it legal legality, historical strength and political legitimacy, as the final act of decolonization of the Moroccan Sahara”, said Hilale.

In this context, the ambassador noted that the Security Council has just adopted resolution 2602 on the issue of the Moroccan Sahara, by which it reaffirmed, as it has systematically done in all its resolutions since 2004, that the solution to this regional dispute can only be political, realistic, pragmatic, lasting and compromise.

To this end, the Council asked Mr. Staffan de Mistura, the new Personal Envoy of the Secretary General for the Moroccan Sahara, to resume the facilitation of the political process of the round tables, with its 4 participants, Morocco, Algeria, Mauritania and the “Polisario”, said the diplomat, noting that the UN executive body has, once again, reaffirmed the preeminence, seriousness and credibility of the Moroccan Autonomy Initiative, which constitutes the unique solution to this regional dispute, within the framework of the sovereignty and territorial integrity of Morocco.

In doing so, the Security Council has assumed its responsibility for preserving international peace and security, confirming the path already set out for the peaceful settlement of this regional dispute, said Hilale, stressing that at the opposite, “the focus of Algeria and of certain delegations, here, in the 4th Committee, on an ideological and obsolete approach for the settlement of the issue of the Moroccan Sahara, is disconnected from the historical, political, legal and human realities of this dispute”.

“While Algeria's speech clings to the past, the Security Council's resolutions look to the future, working for a political solution to this regional dispute”, said the ambassador, recalling that it is precisely in order to protect the UN from this statutory dichotomy and this political discrepancy, that the Founding Fathers of the international organization instituted Article 12 of the Charter of the United Nations, which prohibits the General Assembly and its Committees to make recommendations or even examine issues on the Security Council's agenda.