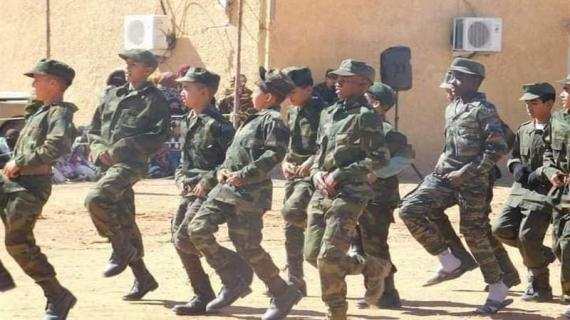 "It is imperative to prevent Algeria and its 'polisario' from turning today's children into tomorrow's potential terrorists, as they did with Abu Adnan Al Sahrawi, the founder and former leader of Daesh in the Sahel," said Hilale before the UN General Assembly's fourth committee.

The population, detained in Tindouf, "have suffered, for almost five decades, from the worst violations of their most basic rights," noting that this applies in particular to the children of these camps, "who are forcibly recruited by the armed militias of the 'polisario'."

This is considered one of the "most serious" violations of human rights perpetrated on Algerian territory, in violation of international obligations of this host country. These obligations include the UN Convention on the Rights of the Child, as well as its Optional Protocol on the involvement of children in armed conflict.

In this sense, the Moroccan ambassador called on the international community to ask the host country, Algeria, to stop sending children from Tindouf to the military training camps of the "polisario" and allow them to join the schools that UNICEF and international NGOs have funded.

Furthermore, he cited the resolution adopted last Friday by the Security Council on the protection of education in conflict, which strongly condemns the enlistment and recruitment of children in conflicts, calling on states to put an end to these practices and to ensure the necessary protection and assistance to children, including in refugee camps.

Hilale also pointed out that Algeria continues to "deny" the right of these populations to be registered, "thus depriving them of the protection provided by international humanitarian law."

"This denial makes it easier for humanitarian aid intended for these populations to deviate for the personal enrichment of 'polisario' leaders and Algerian officials, as indicated by the Secretary-General in his last October's report," the Moroccan diplomat pointed out.