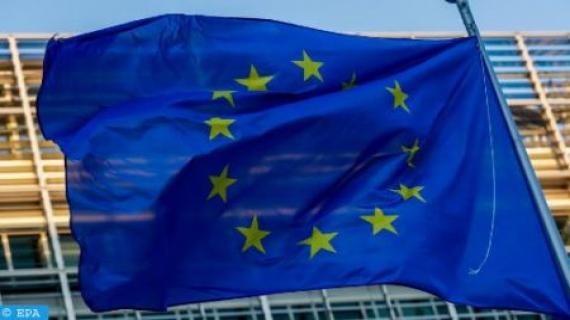 Speaking on behalf of the EU, the representative of Slovenia said that the bloc "encourages" the parties to work towards a "just, lasting and mutually acceptable political solution" within the framework of the United Nations, based on the resolutions of the Security Council since 2007. All these resolutions have enshrined the pre-eminence, seriousness and credibility of the Moroccan autonomy initiative as the only solution to definitively end this artificial dispute, within the framework of the sovereignty and territorial integrity of the Kingdom.

The EU also welcomed the UN Secretary General's commitment to relaunching the negotiations with a "new dynamic and spirit" that would allow the political process to resume.

Welcoming the appointment of the new personal envoy of the UN SG for the Moroccan Sahara, Staffan de Mistura, the European Union said it was eager to "engage with him in efforts to revive negotiations".

The EU, in this sense, encouraged all parties to engage in the common search for a solution in accordance with the resolutions of the Security Council, as well as with the principles of the UN Charter.

The EU welcomed the recent Security Council resolution 2602, which expresses full support for the UN Secretary General and his proposal to restart the political process, and reiterates the call for all parties to cooperate "fully" with MINURSO.

In his last report to the Security Council, the Secretary General castigated the "polisario" for its renunciation of the cease-fire and its unacceptable and condemnable obstructions to MINURSO's cease-fire supervision activities.

As in resolution 2602, the European Union also emphasized the roundtable process with the participation of Morocco, Algeria, Mauritania and the "polisario", recalling the holding in this framework of the two roundtable meetings in Geneva in December 2018 and March 2019.

Similarly, the European Union encouraged the parties to continue to show "political will" and to work in an atmosphere conducive to dialogue, within the framework of the exclusively UN political process.

Finally, the EU reiterated its call for the registration of the populations of the Tindouf camps, as required by the Security Council in all its resolutions since 2011.