Pakistan has never recognized nor engaged with the Polisario or SADR, Ambassador to Rabat says 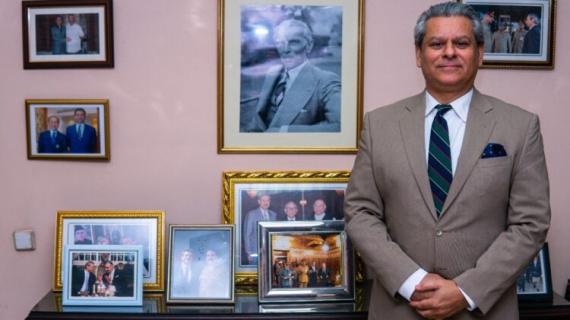 Pakistan has never recognized nor engaged with the Polisario or the self-proclaimed SADR, affirmed Pakistan’s ambassador to Rabat Hamid Asghar Khan.

In an exclusive statement to the news website Morocco Telegraph, the Pakistani diplomat underlined his country’s position on the Sahara issue, affirming that Pakistan has never recognized nor engaged with the Polisario or the self-proclaimed SADR.

The diplomat surveyed the longstanding ties binding the two countries since the forties of the last century and how “the young nation of Pakistan which gained its own independence in 1947, made it a point to be proactively supportive of Morocco’s independence movement in the early 1950’s.”

The Pakistani ambassador who hailed “the tremendous and positive socio-economic developments” that have taken place in the Kingdom, especially in recent years under the leadership of King Mohammad VI, pointed out that Morocco and Pakistan have much in common.

“Both enjoy an important geo-strategic location on their respective continents, with key ports providing international connectivity and thus trade opportunities. Both have predominantly Muslim populations with close historic ties to the countries of the Gulf and Middle East, and are important and active members of the OIC,” he said, noting that both countries also confront challenging circumstances in their immediate regions with difficulties that have on occasion led to armed conflict with neighbors.

The UNSC has active files on both the Kashmir as well as the Sahara. Robust cooperation and understanding exists with both sides being supportive of each other at international forums, he said, insisting that Pakistan has never recognized nor engaged with the Polisario or the SADR.

Touching on trade relations, the diplomat recalled that Pakistan is a regular importer of Phosphate to meet its constant fertilizer needs and in fact has a significant joint venture with Morocco’s OCP group.

“Pakistan’s Fauji Foundation is an equal partner in Pak-Maroc Phosphore and the project that is an example of successful commercial cooperation,” he said, adding that active discussions are currently underway to develop on this success to finalize new investments in both Pakistan and Morocco.

He pointed out further that trade and investment ties can certainly be improved on, especially if progress is made on the proposed Preferential Trade Agreement and that there is tremendous scope to enhance cooperation in tourism, water research, the areas of food security, urban waste management, as well as in counter-terror defense, migration and intelligence areas.