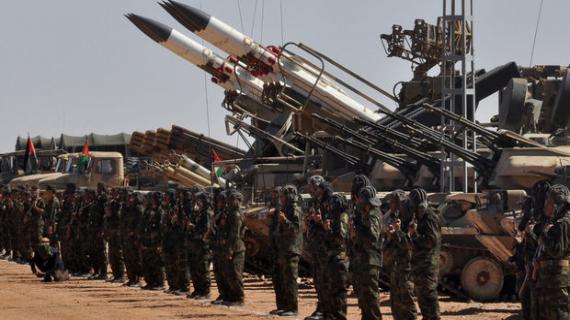 The move comes following the death of three Algerian truck drivers in the Sahara and appointment of Mohamed Wali Akeik as new head of military operations of the separatists, explained the newspaper.

“Algiers is using the Polisario to carry out its reprisal threats” announced in the press release issued by Algerian presidency following the death of the drivers, added the Spanish daily, saying the Algerian authorities were quick to blame their neighbor, jumping to hasty conclusions.

Contrary to Algeria’s claims, the photographs of the trucks do not show signs of a missile attack or air strike, underlined the newspaper.

Commenting the incident, Farhan Haq, Deputy Spokesman for the UN Secretary-General said: “We can now confirm that the site is in the eastern part of the Sahara near Bir Lahlou”.

The UN Mission (MINURSO) “observed two trucks with Algerian license plates parked parallel to each other. Both trucks had suffered extensive damage and charring”, he stressed, without confirming the presence of the remains of the deceased drivers or traces of a missile attack.