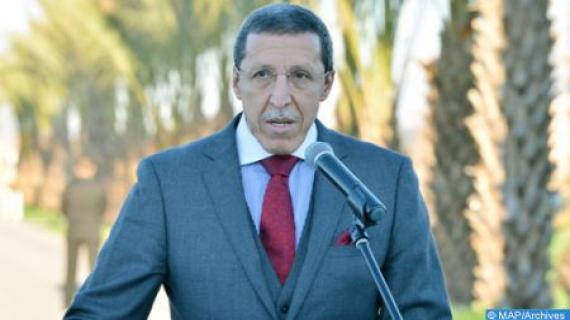 The ambassador was speaking at a plenary session of the UN General Assembly held on Friday on "Strengthening the coordination of humanitarian assistance and disaster relief provided by United Nations agencies, including special economic assistance".

He pointed out that all parties, in particular host countries, must respect international humanitarian law, fulfill their obligations to protect civilians and guarantee access to and delivery of humanitarian aid to its recipients.

In this regard, Morocco insists on the importance of the census and registration of populations in refugee camps, in order to ensure their protection against any political instrumentalisation and misappropriation of the aid intended for them, underlined Mr. Hilale, noting that it is "urgent" to reaffirm the will to fully respect international humanitarian law, human rights and refugee law, as well as humanitarian principles and the essential character of protection.

"It is deplorable that in 2021 there are still glaring cases where entire populations are sequestered in camps and deprived of their most fundamental rights, including the right to census and registration and the right to free consented return", he regretted, insisting on the "established and unequivocal" responsibility of the host countries of the populations established on their territory.

Mr. Hilale also said that international law recognizes "the many forms of harassment suffered by people who do not hold any paperwork attesting to their status," emphasizing the need to strengthen coordination among humanitarian actors to "put an end to this type of situation and ensure the registration of all refugees who benefit from humanitarian assistance. All the more so since registration is an instrument for identifying those who need this assistance, as well as a means of facilitating the assessment and quantification of their needs."

The diplomat recalled that international reports have reported situations where the diversion of humanitarian assistance has been exercised systematically for decades with the complicity of the host country.

"Morocco will never repeat it enough, it is through registration, population censuses and accountability that we will be able to fight against the misappropriation of humanitarian aid," said the ambassador.

Mr. Hilale also noted that Morocco shares the concern of the UN Chief on "serious" violations of children's rights, adding that more than 20,000 cases of recruitment, murder, rape and sexual violence, kidnappings, attacks on schools and hospitals, and denial of humanitarian access were recorded over the past year.

"These alarming figures unfortunately remind us that children remain among the most vulnerable populations who suffer the most in humanitarian contexts and emergencies," he noted, adding that "the military enlistment of children is particularly high in situations where UNHCR is refused to carry out its statutory census mandate, in refugee camps, and where children learn hatred and war, instead of being at school and benefiting from their right to education."

"Such acts constitute flagrant violations of international humanitarian law, both conventional and customary, of the Additional Protocols to the Geneva Conventions and of the United Nations Convention on the Rights of the Child," said the diplomat, insisting on the need to strengthen coordination between humanitarian actors, in order to put an end to these serious violations and crimes committed against children, in particular their military recruitment.

In this regard, he pointed out that Morocco supports the call to action and the renewed international commitment to end and prevent the recruitment and use of children once and for all by 2025.

In addition, Mr. Hilale underlined that in line with the enlightened vision of HM King Mohammed VI, Morocco considers humanitarian action as a "fundamental and structuring" pillar of its foreign policy.

He stressed in this regard that Morocco, aware of its responsibility, has always mobilized to contribute to assistance efforts to populations affected by emergency humanitarian situations, whether for reasons of political unrest or natural disasters, recalling that upon the high instructions of HM the King, the Royal Armed Forces have deployed 19 hospitals and provided millions of medical services for the benefit of local populations and refugees in 14 countries, on four continents.

The Kingdom has set up a large-scale humanitarian operation for the benefit of twenty African countries, as well as the African Union Commission in Addis Ababa, with donations of nearly 228 tons of products to fight the Covid-19 pandemic, he said, adding that in Lebanon and Palestine, Morocco has provided aid of 400 tons of food and medical products during 2020 and 2021.

The ambassador also noted that Morocco's efforts and action also cover experience sharing through sustainable development projects and South-South cooperation, adding that the Kingdom continues to strengthen its contribution to mitigation of humanitarian crises through effective contribution to peacekeeping operations.

The diplomat also said that Morocco, as a member of the CERF Advisory Board, attaches "particular" importance to the work of the Fund to allow rapid, timely and better coordinated responses to emergency situations, stressing that the Kingdom has pledged to support it with a voluntary contribution of 100,000 US dollars for the year 2022.

Mr. Hilale insisted that the strengthening of the coordination of humanitarian aid and relief must be done away from any political instrumentalisation, which is one of the main "obstacles" which the international community must face, noting that it is this instrumentalisation "which increases the suffering of populations affected by crises and prolongs it indefinitely."

Recalling that respect for the United Nations Charter and General Assembly resolution 46/182 are imperative for the accomplishment of any humanitarian aid action in the world, the ambassador underlined that Morocco remains committed to respecting impartiality, neutrality and independence as essential principles for the delivery of humanitarian aid.

Mr. Hilale also praised the selflessness of humanitarian workers and health professionals, at the national and international levels, who operate in the most dangerous regions of the world, and who have become the target of kidnappings, attacks, detentions, threats, harassment and intimidation, calling on the international community to join forces to end the "widespread disregard" for international humanitarian law and human rights.