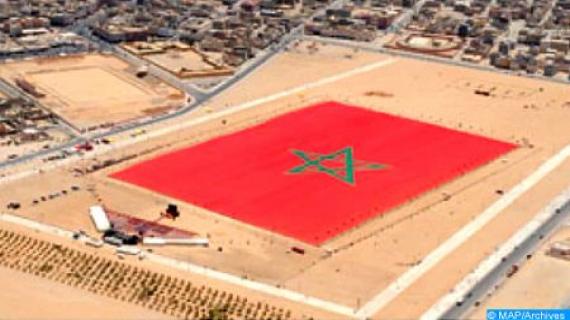 Autonomy, a proposal welcomed by the UN Security Council and the international community, is an opportunity to consolidate peace in the region and build the Arab Maghreb Union (AMU), noted the speakers at the conference held on Wednesday at the Initiative of the Canarian-Moroccan Association of Cooperation and Friendship  (ACAMA) under the theme "Autonomy: viable and fair solution to the Sahara regional conflict."

On this occasion, the former regional president of the Canary Islands, Jeronimo Saavedra, noted that the autonomy plan presented by Morocco is a "realistic, viable, sustainable and acceptable solution."

"The Moroccan proposal guarantees the local population their rights and the management of their affairs without discrimination or exclusion," insisted Saavedra, also a former mayor of Las Palmas, noting that Morocco has made significant efforts to close this file and move towards the unification and development of the entire Maghreb region.

"We must turn the page on this conflict and build the future. This is Morocco's objective and its autonomous plan is the best way to move forward in this process," said the former Canary Islands president.

"The best way to resolve this conflict is the Moroccan proposal of autonomy," said, for his part, the Spanish academician, Rafael Esparza Machín, noting that "the idea of a referendum on self-determination has been buried at all levels of the United Nations.

"Everyone now believes that the only possible solution is an agreement between the parties on the basis of autonomy under Moroccan sovereignty," he said, assuring that this solution would be beneficial for all parties involved, but also for neighboring countries and especially for the Canary Islands, which will strengthen their relations with Morocco on a solid basis.

In the same vein, Esparza, former leader of the Canary Socialist Party, deplored the negative role played by Algeria in the Sahara issue, stressing that this country, which is at the origin of this artificial conflict, must be more involved to contribute to the settlement of this dispute.

The resolution of the Moroccan Sahara issue would contribute to the building of a strong and dynamic AMU and improve relations of countries in the region with Europe and the rest of the world, he argued.

Ahmed Lakhrif, member of the House of Advisors, noted that the autonomy initiative enjoys the support of the entire Moroccan people, especially all regions of the Sahara, and the international community.

"The Sahara population and its democratically elected representatives are convinced that through this autonomy project, the Kingdom of Morocco guarantees the citizens of the region their right to manage their affairs democratically," he said, adding that "this is neither a unilateral decision, nor an imposed one. It is rather an open idea for a lasting and final solution."